This September, part of Mladiinfo crew landed in Slovenia to attend Slovenia’s autumn highlight, the Challenge:Future Summit 2013 that was held in Maribor, Ljubljana and Bled. While in Slovenia, we met three inspiring young women from Africa: Alice Pejo (26), Chourouq Haisni (23) and Udoka Chiefe (25) .

Udoka Chiefe, born and bred in Nigeria, has a legal background academically, but her primary interests are in youth development work, especially young women, with a special interest in information technology and innovation. “I love learning. I find myself reading everything from the Holy Bible to Seneca, from Jane Eyre to Siddhartha, from learning Python programming to jewelry making. I believe that life is a journey to be experienced. I believe that as humans we have an obligation to make a positive contribution to the world as much as we can. Something that we can be proud of that we achieve to make the world a better and more sustainable place for future generations,” writes Udoka.

Alice Pejo from Katakwi district in Uganda obtained her bachelor degree in Information Technology and Project Management at Makerere Unversity. She says: “I am a practical entrepreneur, passionate about social development and poverty eradication in one of the most impoverished regions in Uganda. I am currently volunteering with Teso Initiative for Development, a local community-based organization as a Youth Project Coordinator focusing on entrepreneurship skills development and food security projects through practical and feasible solutions.”

Chourouq Haisni comes from Casablanca, the biggest and the most crowded city in Morocco. “I am a finance and audit major, (not because I like it but because I didn’t have a choice). I am very interested in the educational system being one of the fields that are the least developed in Morocco and that suffers from a lot of problems that impact our society in the most drastic ways. I am a strong believer in change and I know that a small act of kindness can go a long way,” reflects Chourouq. 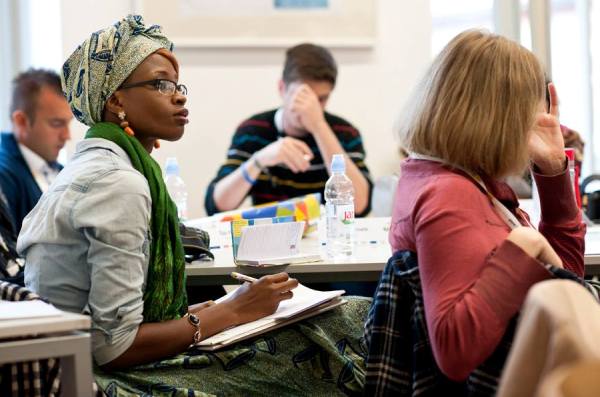 1. All three of you are engaged young ladies. What does your work consist of and how does it bring change to your community?

Udoka: Fundamentally I work to enlighten and empower young people on their rights and I do this based on sexual and reproductive health rights and education, especially young girls. I don’t see boundaries with my work because it is something that affects young people everywhere, which gets invariably carried into adulthood and beyond. My current project is based on enabling young Nigerians to gain hands-on technology skills through MOOCs (massive open online courses) so they can become self-sufficient and gain employability skills to have the choice to either be able to gain a desirable employment or start their own business in today’s tech-conscious world.

One of the biggest problems with Nigerian youth is that they believe everyone but themselves is responsible for their education and if the outdated curriculum doesn’t say they should work at something more current to compete in today’s world, then they won’t do it, and blame the government for their lack of employability skills after graduation. I want to change this mindset and enable responsible youths that would help themselves and their country.

Alice:  My work consists of changing mindsets as the first and hardest step in bringing change to my society. It’s quite easy to launch a new million dollar project in Africa, but that project will prove null and void if the mindsets of the beneficiaries have not been changed and prepared to receive the benefits of the project. One way I learned to communicate to most people in Africa is by being the change that I preach to them. The current project I am advocating for is the use of Agriculture as a tool to combat poverty. I realized that instead of telling people the benefits, I had to show them the benefits from a mini farm that I established for myself, fighting my own unemployment woes. It’s easier to convince people to use a new farming technology, or use improved seeds when they can see the benefits first hand. I also coordinate the projects, monitor and evaluate them and try to think of new and better projects that can be feasible and helpful for the future.

Chourouq: I see the education system as the cause and the solution to a lot of problems related to my country. That is why most of the work I do in context of education. Our educational system is in dear need for a change that needs to take place at this very moment. With my team, we came up for instance with “The student teacher who’s who!?” program where we reversed the roles and designed classes for our teacher to learn more about IT and social media. Did it make a revolutionary change in society? No it didn’t! But you have to start somewhere. 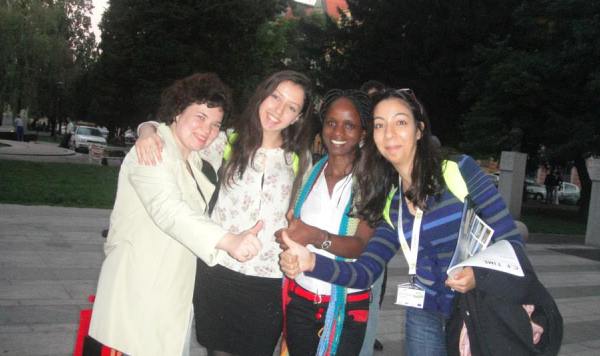 2. Where do you see yourself 20 years from now? Is your future somewhere in Africa? And where do you see Africa going as a continent in the following 20 years?

Udoka: In 20 years time, I believe that Africa is going to explode in every sense of the word! Economically, politically and socially, Africa over the course of two decades will face serious questions about its relevance in the globe, as contenders in economic and political power struggles with other more advanced nations and it has a lot to prove in this regard. I see more of Africa opening up to become a centre for technology and cultural impact indigenous and unique to its many diverse regions, especially where fashion is concerned.

Alice: I see myself in Africa, running a successful humanitarian organization with registered successes in Uganda and the rest of Africa. In 20 years, I see the sleeping lion called Africa awaking and finding its rightful place in human history and salvaging its losses to make gains for the future. I see many Africans with renewed mindsets toward change and development embracing better survival tactics and technology to make their lives better and am sure the world better too. 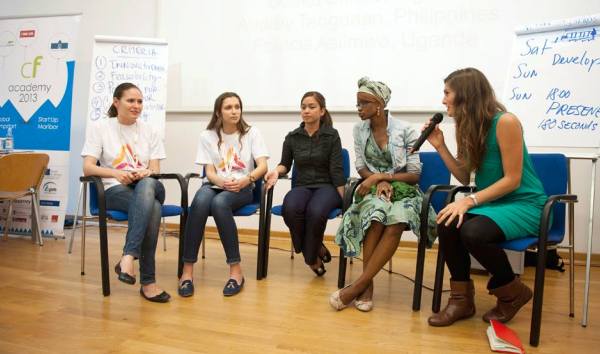 3. There is a certain kind of paradox of Africa being the richest continent, but the poorest in real time. What would be your insight in this?

Alice: This paradox was quite a surprise to me when I found out this fact recently, but it gave me one more reasons to have faith in Africa. One day the dictators of most African nations who are constricting the lives and resources of most African nations will die, and politics will not rule the day. I believe that people will wake up one day in every African nation (it’s happening already with the Arab spring) to realize the power they have and use it against bad governance. Because, the vacuum in most of the “poor” countries is not the lack of resources or money, but rather the inefficiency, corruption and dictatorship of its leaders.

Udoka: The amounts of resources – both natural and human – are incredible and so diverse in the continent. It baffles the mind when you think about how little Africans appreciate what they have, instead of always looking outside thinking that there is always something better at the other side. Bad leadership and unsustainable development, lack of overall vision and direction, poverty in economics and mind and moral, the list could go on and on why many African nations do not function even close to their intended output to even reach a fraction of the mental and creative potential of its people. When the people realise that slow death is not living at all, that they deserve more from their nation, their leaders, each other and from themselves, maybe we would look within to ensure that working as a united front is better than working alone. At the very least, you achieve more, faster and smarter. Education, collaboration, vision is needed. The right infrastructure and leadership would go a long way for development and the increase in living standards and happiness.

Chourouq: I believe that Africa is a great continent with endless resources and I believe strongly that what it lacks in development could be directly linked to education. The state of education in Africa can only be described as dreadful and the efforts made either by the governments or the social communities are very minute compared to the gravity of the situation. You asked a question about the future earlier and I can’t help but think that any kind of evolution can only come through an educated nation. That is to say that if we want to see Africa as the continent it could be we have to invest in our children’s education.

Startupper Challenge of the year