“Introduce yourselves, involve more participants, don’t speak too fast, and create more structure in the presentation.” Those were the bullet points of advice that teacher Melissa Mitreski passed on to her students after they facilitated an interactive session on racism and sexism in modern society at Nova International High School in Skopje, Macedonia.

On 14-17 November 2013, Nova hosted 80 students from eight member schools of the Central and Eastern European Schools Association (CEESA) for a “hands-on student involvement conference” (HOSIC) to discuss, debate and explore their chosen theme of “Modern Society.”

Although Nova staff handled some aspects of planning the event, Nova students such as 15-year-old Nikola Danev took the lead and got valuable experience from organizing the conference including 12 presentations and two keynote speakers, plus a cultural tour of Skopje and social events around the city.

“I managed to bring together so many people from so many cultures, and all of them minors which makes it even harder because there’s then more responsibility,” Nikola says. “Now I know how things work. Not everything is as neat as you think it would be.”

Students from Nova and seven other international schools from cities such as Moscow, Kiev, Prague and Vienna selected the main theme together and then designed their own 40-minute presentations around a subtopic of that theme. Groups of students chose topics on diversity, youth activism, migration, communication, dating and music in modern society, and prepared presentations using all sorts of methods including skits, videos, plenary discussions and games.

“This isn’t a competition,” Melissa says. “Students come because they want to present, build their skills and network.”

Nikola adds that developing critical thinking toward modern society and intercultural exchange were the biggest outcomes of the conference.

“There was so much trading of experience and discussions during the breaks related to modern society,” Nikola says. “We got to learn a bit about the cultures of 37 nationalities (represented at the conference), and some people considered some things to be wrong and unethical, and others considered them to be necessary. So they heard various opinions and then they could bring their own conclusions.” 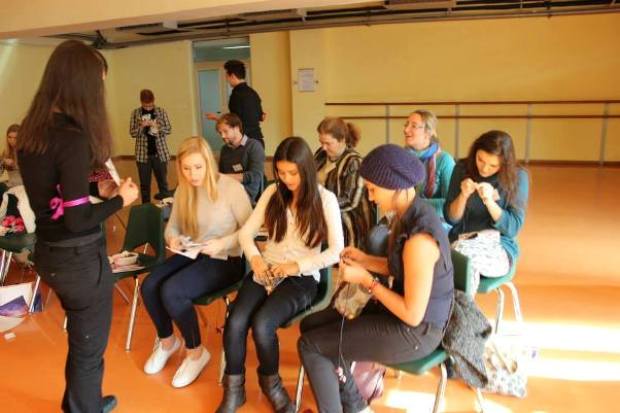 Nova fourth-year student Donna Urdinov got involved in HOSIC by designing the conference logo, notebooks and poster, taking photographs, and preparing two presentations. She says the conference illuminated aspects of working with others she hadn’t known before.

“It was both a measure to see what’s happening outside and to see where I’m at,” Donna says. “It helped me realize a lot of shortcomings of mine, especially in the presentations I found out certain things that I lack that I thought I could pull off. By myself, I improvise. I did not realize that when I’m working with other people things need to be more planned out.”

Besides challenging students to think critically, Nova English teacher Bela Gligorova says another goal of the HOSIC is creating a social consciousness and developing the concept of paying it forward within students at international schools in Central and Eastern Europe, who don’t always fully interact with their local communities.

Keynote speaker Nebojsa Ilijevski is the founder of a local magazine called “Face to Face” which works to empower marginalized groups of Macedonian citizens as sidewalk sellers of the periodical. Nebojsa echoed Bela’s point and challenged students to get socially engaged and “understand how beggars feel.” 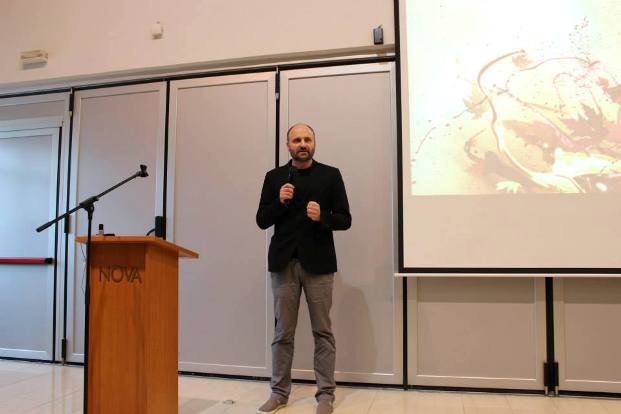 “There are dimensions that you’re not aware of, and that’s why working in social engagement is so important,” Nebojsa says. “The flow of action and reaction works on the level of behavior as well. There’s no action I can do which won’t leave a mark behind me. Somehow we will feel it. There are many ways to impact the world around you with your creativity. A simple way is to communicate. Another way is to help by your abilities.”

At that point, Nebojsa opened his jacket to reveal a black T-shirt underneath with three simple words splashed across the front as a reminder to students that their actions and opinions have the power to create waves in modern society and ripple outward affecting many more people in our communities than we think.

One thought on “Engaging Fully in Modern Society”