The World Summit Youth Award (WSYA) is an annual competition for digital and social innovators under 30. This international contest tracks and connects outstanding e-content developers and social entrepreneurs by selecting and promoting the best projects such as websites, mobile applications and online campaigns that are contributing to the achievement of the United Nations Millennium Development Goals (MDGs).

Apply to one of the six categories of the WSYA, all of them directly tied to the UN Millennium Development Goals (MDGs) encouraging to tackle global challenges such as ill-health, gender inequality, lack of education, lack of access to clean water and environmental degradation.

The WSYA contest is a competition among the most committed and creative designers, producers, application developers, journalists, and writers who, by using internet and mobile applications, create digital content and applications which address the UN Millennium Development Goals (MDGs). The online or mobile project to be entered in to the contest must be initiated and executed by young people under the age of 30 (born on or after January 1, 1984) from any of the UN member states.

An international jury will evaluate the  projects and select 18 winners (three winners per category), who will:

The registration, including submitting the project information, must be completed online HERE by 15 July 2014 (deadline has been extended). 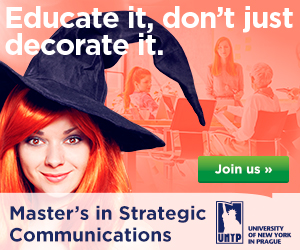