In the center of the Macedonian capital, sharing a building with the Macedonian Helsinki Committee of Human Rights, LGBT Center Skopje found its place under the sun. There, under video surveillance due to many attacks to the center itself, a small group of activists does the hard job of fighting homophobia. In Macedonia, the quiet majority is aware of the problem but does not raise their voice against it. We visited the only LGBT centre in the country and discussed their situation with the leader of the Center, Kocho Andonovski.

Hatred as a Unifying Factor

“LGBT Centre in Skopje is the biggest unifying factor in Macedonia – it is the only point where ethnic Albanians and ethnic Macedonians unite – in hatred against gays.” This is how our conversational partner, Kocho Andonovski, starts his portrayal of the position the LGBT community in Macedonia today.

The Center itself, however, does not have a huge historical record behind, it was established only in 2012 as a branch organization of the Helsinki Committee for Human Rights. Still, they have been unofficially present in the country for 20 years, joining their forces for improvement of the LGBT rights. The social-political situation in Macedonia in the past 10 years strongly affected the position and the reception of the LGBT community. Even though the homosexuality was decriminalized and the Family Law was implemented in 1996, the Center has still in recent time, suffered three attacks and two attempts to be set on fire, without ever charging the attackers.

Andonovski thinks the political change after 2008 is a cause for strengthening of the nationalism and the traditional values, and that, consequently, led to enhanced homophobia and hate speech across the country. Although some of the parliament parties have included in their programs the protection of the minority rights (LGBT rights also included), so far there have not been registered any active cooperation. That is the main reason why the Center has no cooperation with official state canals or institutions, thus receives zero financial support or any other support from the state. Andonovski considers that the Euro-integration process is to be the only thing keeping the reforms alive, enabling change of mindsets. Without the immense effort of its co-workers and volunteers, the Center would have almost no future. 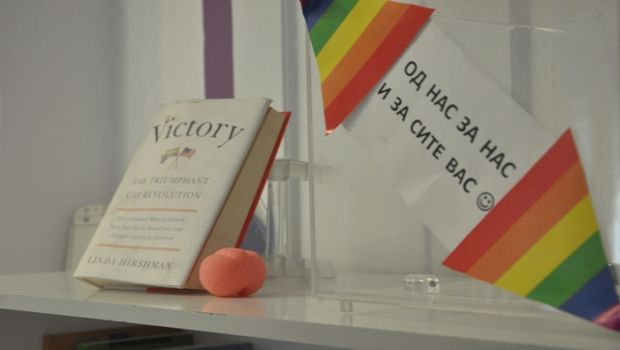 Diverse Program In spite a Lack of Funds

The Center is mainly being funded by the Sigrid Rousing Trust from London, but they also have financial support from donors. Those means are meant for specific projects, usually 3-4 per year. Besides that, the Centre has an active partnership with other NGOs and civil society organizations, both from Macedonia and abroad.

Skopje LGBT Centre has two main interests: support and building of the LGBT community; and implementation of European civil rights. Its work is divided in four support groups that have their own dynamics and function in different ways. Trans Group is very active, but most of the members are not coming from Skopje and belong to the population with low income. Because of that, they are able to come and participate only if all of the costs of the project are covered. Lesbian/Feminist Group is the most active group that has a considerable cooperation with other civic organizations in the country. The majority of members of the Gay Group come from Skopje, so they can visit the Centre on a daily base. They organize several debates and panels. An example is the „Chem-sex debate“, targeting (un)safe sex practices after consuming chemical drugs. One of the groups is the one that unites parents and offers them assistance to cope with their children’s homosexuality.

The Centre is also planning to do interventions in cases of housing issues; need for legal representatives or for medical assistance (psychological, e.g.), as well as providing medical documentation. Unfortunately, this project directly depends on financial support and infrastructural support of the country, so its further development is not possible to predict. On the other hand, one of the projects that Mr. Andonovski is especially proud of is a two-day workshop in the Police Academy. Its goal was sensibilisation of the police officers for the issues and problems of the LGBT and elimination of discrimination by the police officers. 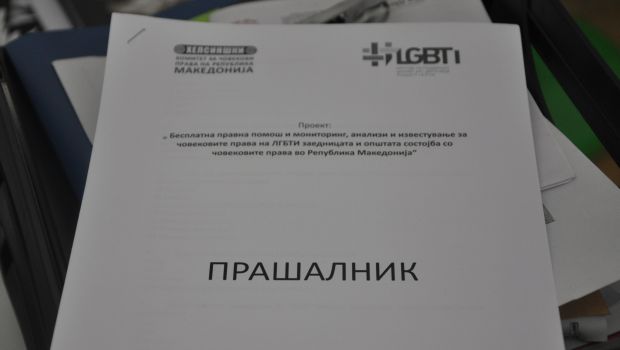 The police officers are not the only ones in need of education; members of the LGBT community in Macedonia are being stigmatized and discriminated. There is no legislation that would enable prosecuting hate speech related to LGBT or gender issues and it remains present even in some of the daily media. In addition, the Center constantly monitors the media and makes annual and monthly reports about hate speech, present daily in all layers of society. At the same time, everyday situations over the streets of Skopje do not seem to be rigid. Members of the community often consider coming out to be a safer choice for a person to cope with the stigmatization in the society. Even though no physical violence has been reported in the streets, bullying in schools is present. Because of that, the Centre plans to conduct a shared project with Irish organization “Belong to” and this project will be in alignment against bullying. 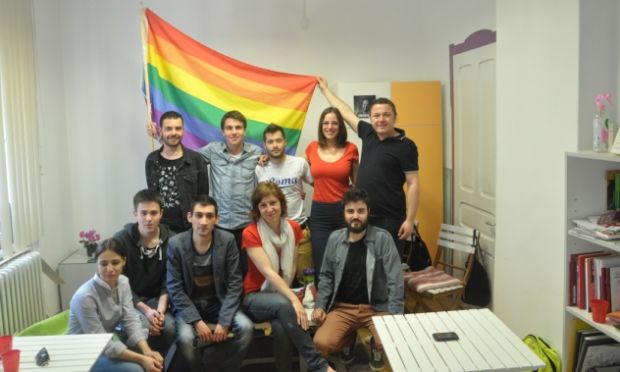 All these examples show that the case of the LGBT community in Macedonia is not even close to the situation in EU. But the examples of positive practice from countries such as Croatia and other West-European countries they work with, gives hope to this young organization that manages to function in spite the lack of funds, public support and space in the media landscape. Our conversational partner concludes: „Due to its historical background, Macedonian society is more tolerant to diversities than other countries in region“. His statement throws positive light on the future of the LGBT community in Macedonia, ensuring the hope that the country successfully living its diversities trough centuries can also make it with one more minority, just this time not an ethnic one.