The so-called “Berlin Process” began several years ago to promote enhanced cooperation and dialogue between the European Union and the Western Balkan countries. While efforts have been focused on many aspects of society, youth in particular have received special attention. As a follow-up to the “Connecting Youth” conference in Paris this past July, youth workers and activists from several different countries met in Slovenia this September for the Europe-Western Balkans youth meeting “Connecting Youth Work and Youth Policy”. With the goal of encouraging youth participation and engagement, the meeting brought together different stakeholders of youth work for three days of strategic discussions and workshops.

As a continuation of the series of efforts towards assisting the youth future, “Connecting Youth Work and Youth Policy” conference took place in Ljubljana, from 25 – 29 September 2016. Willing to stimulate discussion among youth workers, youth leaders and other stakeholders in youth work and youth policy against the background of the current initiatives and discussions related to Europe and European integration, more than 50 people continued to work and build upon the recommendations done in the previous conferences.

Amidst sessions on European integration and “The European Dream”, working groups were formed to hone in on specific topics. These ranged from economic to social to political. The economic groups looked at how to integrate more people, especially youth, into the labor market from the perspective of unemployment itself but also of how to encourage entrepreneurship and more self-initiative amongst youth. Recognizing the diversity of Balkan countries, other groups focused more specifically on social inclusion and dealing with the problematic past as well as combating trends towards extremism and radicalization. Finally, several groups were dedicated to incorporating the youth more into societal decision-making, from encouraging activism to supporting youth participation directly.

Priority for youth work and non-formal learning was strongly emphasized during every discussion. The results of the various sessions were ultimately collected into a cohesive Action Plan for youth work and policy. This plan should help guide governments and decision-makers in addressing and developing youth´s role in their societies. 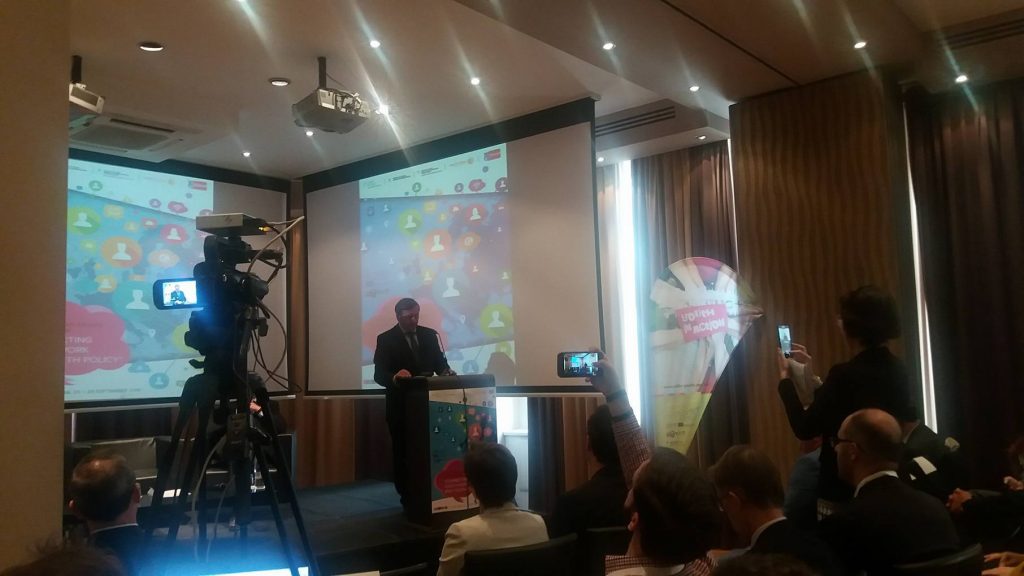 While such outcomes are often forgotten in fancy documents soon after being written, there is reason to hope that the Action Plan will have some effect. Ana Alibegova, a participant representing Mladiinfo International from Macedonia, told us “Although there is always hesitation about the extent to which such meetings will indeed have an influence on policy-making, I have to admit that this time I feel positive about the results. I am especially encouraged, because representatives of the European Commission were present and heard the ideas and feedback directly from the youngsters”. The lasting impact of this meeting will only emerge in time, but perhaps this will mark a turning point in cooperation between the EU and the Western Balkan countries and the social and economic development in the region.