“When I go to the counter in some institution, I have to read the lips of the officer behind the counter because I cannot hear the voice through the glass. Sometimes I do not understand so I have to ask same things several times. Then this person becomes upset and starts yelling at me saying word by word, as if I am feeble-minded. Then I have to tell them: Sorry, I’m not stupid, I just can’t hear very well”.  This is how Sandra Peshevska-Mickovska, a passionate painter and a member of  the Association of Students and Youth with Disabilities portrays an unusual situation from the everyday life of a person with disability in Macedonia. Together with Daniela Stojanovska – Djingovska, the President of the Association of Students and Youth with Dissabilities, they present their organizational activities, explain the challenges they are facing, discuss the inclusion of the disabled people in Macedonia, and send a message that being disabled does not require a special treatment or over-emotionalizing, but equal rights as any other citizen of the country.

M!: Tell us something about your association. What are the activities you work on?

Daniela: Our association started working in 2002 and at the beginning was registered as an “association of students”, however, some time later, we re-registered and became “youth association”, being able to also include other young people with physical difficulties. The association has around 150 members and while most of them are people with disabilities, we also have 10-20 per cent of people without disabilities as we are an inclusive organization.

Regarding activities, first, there is the promotion and implementation of inclusion of people with disabilities, but in addition, we are working on the realization of rights, equality and on the correction of system errors that we have in Macedonia. Essentially, we are trying to remove all barriers  for people with disabilities, in order to engage them more easily in the educational processes. 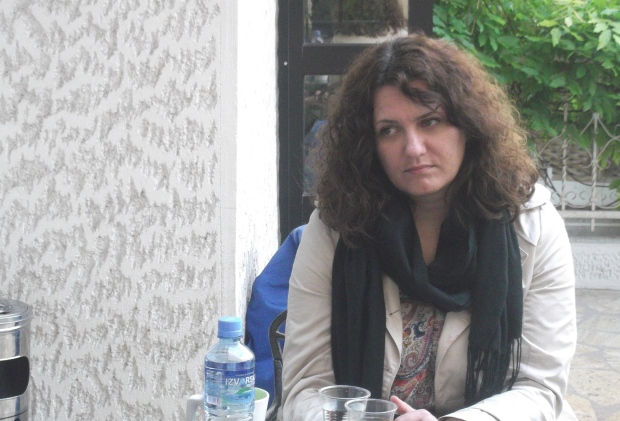 M!: Do you cooperate with the authorities in Macedonia?

Daniela: When it comes to financing, as an association we are not getting anything from the present government and we have not gotten anything from any of the preceding governments either. We are funded strictly by foreign donations. Since we operate as a service and we are unique in this regard, we have tried in the past to get some funding from the authorities, but it was all in vain. One thing I can commend is that we have a good cooperation with the governments regarding creation of new laws. In 2008 an Act was adopted that enabled people with disabilities to be free of fee payment for enrolling to higher educational institutions. This resulted with increased number of people with disabilities going to college. And on a local level, in the city of Skopje, the transportation for the people with movement difficulties has been solved.

The career choice depends on the facilities of the faculty buildings

M!: What is the infrastructural capability of space for people who have movement difficulties?

Daniela: There is almost no improvement. To make the things worse, there is legal regulation on the accessibility of built space, but it is not implemented. Even the newly constructed buildings and institutions do not have any improvements. However, some of the educational institutions solved this issue, such as the Faculty of Philosophy in Skopje where most of the people with disabilities are obtaining their studies. Nonetheless, there are still a lot of faculties that do not have provided an access for people with disabilities. An irony is that, for instance, the Faculty of Architecture and Faculty of Construction Engineering are some of them as well. So people with disabilities enroll to colleges only with good access. It is an obstacle for you to enroll a faculty when you do not know how you will manage to enter in the faculty building. An example in this regard is that people with hearing impairments usually enroll in painting or sculpture colleges.

M!: What kind of problems people with hearing impairments encounter?

Sandra: Children under the age of 18 have the right to receive two free hearing appliances if they have both their ears damaged. After the age of 18 they have the right to receive one appliance, even in cases if both of their ears are damaged. On the other hand, appliances that are obtained after the eighteenth year are two-channeled devices which are pretty poor in quality of sound and you have to take into consideration that they are used by people who actively participate in everyday life. The two-channeled device projects all incoming sounds by same force and it is very chaotic because people hear the sounds of conversation and all other sounds like the traffic noise in the background with the same intensity. I have eight-channeled device and the difference is enormous. If I have had this kind of device when I used to practice articulation with an defectologist when I was a child, now many things would have been different.

M!: What is the percentage of people with disabilities who have obtained high education?

Sandra: There is no official number in the country because the last census was unsuccessful. But even if it was successful, I doubt that we would have some good data as the forming of the questions was not very good. There were some irrelevant questions to identify disability such as: “Do you wear eye glasses?”. Each second person can answer affirmatively, especially the eldery people who have some sight issues. In the same time, the eye glasses are not the only evidence of a visual impairment. For instance, I have a visual impairment, but I do not wear eye glasses.  We proposed to assist in the preparation of these questions, where the disability will be identified according to medial confirmations, but our request was not taken into consideration, with an explanation that the format of the census form cannot be modified.

M!: How about the companies? Have they focused on developing inclusion and how?

Daniela: I am glad that most of the companies are becoming more aware about this issue. Most of the people with disabilities are engaged in companies that are “sheltered, protected companies”, meaning  that if a company has a certain percentage of employees with disabilities, the company do not need to pay contributions for their workers. However, this program is sometimes abused as employers and disabled people know to make an agreement according to which a disabled person will stay at home and not work, while the money will be shared between both the parties. The process of developing inclusion in Macedonia goes more slowly in Skopje in comparison with the other cities, but also it is important to mention that usually the bigger companies are mostly acting as employers of people with disabilities. 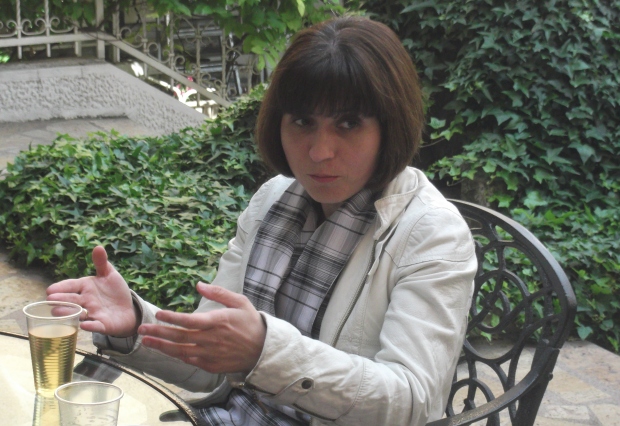 M!: And what is the attitude of the public, among people on the street, at the market, in a bar…? And  how do actually media treat people with disabilities?

Daniela: Although we have slightly raised the awareness in comparison with the past 10 years, the attitude of the public is still quite extreme. It goes in two different directions. One attitude is “ouch you’re a hero, how do you manage”, which is not a good attitude when it comes to inclusion. No one is a hero; people cope with their problems as everyone else does. The second attitude is “oh miserable you, how hard is your life” which is also not good because there are many people with disabilities who are having a good life in general. I do not know why we evoke so many emotions. It is good to be sensitive about the issue, but not to exaggerate. I see that some people really want to help, but they do not know how. In such case, the best option is just to ask the person how you can help, instead of doing a mistake, even when you have good intentions. Maybe the awareness about this issue of the people in the Balkan region is not that developed, but it is in our mentality that we are human people and that we want to help. On the other side, the greatest problem faced by people with disabilities in the media is the general incompetence of journalists and managers and their lack of work with disabled people. There is the problem of context in reporting of the handicapped. When reporting about a true story or something similar, they go for making the story emotional in a negative way and make the audience cry.

M!: Finally, are there some problems that people with disabilities make for themselves and for those people who want to help them?

Daniela: The first problem occurs when a family does not want to accept a handicap or disability of their children because they consider it a shame, which is not true. As earlier you accept that your child has a disability, that better it would be for you and for your child, you could easily help them and support them. For instance, it happens also that a family insists their child to be in an inclusive environment, and enroll them in ordinary schools, although the child might have not just mild but also moderate mental illness. Such children need special conditions, less pupils in the classroom, professional assistance that will follow the coursework with them. So to say, I am not against inclusion, but I think we should first develop the necessary conditions for such actions. Another problem that occurs is a situation where people with disabilities do not want to actively participate in society because it is the line of least resistance. “I am handicapped and I will not go anywhere because I cannot.” Also, there are situations where those same people have their frustrations and then they feel that they should get some things just because they are handicapped, and without giving something back, which is a very bad attitude. Also, in cases of abuse of “protected companies”, the story always goes with the consent of the person who accepts the situation to stay home and do nothing for some token money.

2 thoughts on “Life with Disability: “I am not Feeble-minded, I just Can’t Hear You Well””