European University (EU) is a private multi-campus university with facilities in Barcelona in Spain; Geneva and Montreux in Switzerland; and Munich in Germany. Since 1973, EU has been a leader in offering international business courses and with all subjects taught in English, students from around the world chose EU for their higher education needs. Will some of the campuses presented bellow make your new learning home?

EU’s Barcelona campus classrooms are equipped with SMART boards, an integrated online library and university-wide WiFi service. The Barcelona campus has a population of over 500 undergraduate and graduate students and over 30 full time employees. Students will love the vibrant Mediterranean culture, palpable throughout the city. Barcelona’s international presence, important standing in the business world, food, weather, culture, history, architecture and affordable lifestyle are some of the reasons why students should study in Barcelona for at least one semester. EU Barcelona is the second largest and most cosmopolitan, edgy and modern city in Spain. Bloomberg credits Barcelona as Europe’s fourth-best city for business. It is home to Vueling, FCB, Estrella Damm, Abertis, Eurostars Hotels, Gas Natural, La Caixa, Mango, Puig and SEAT. Many students graduate with internship experience under their belt from the Barcelona campus. 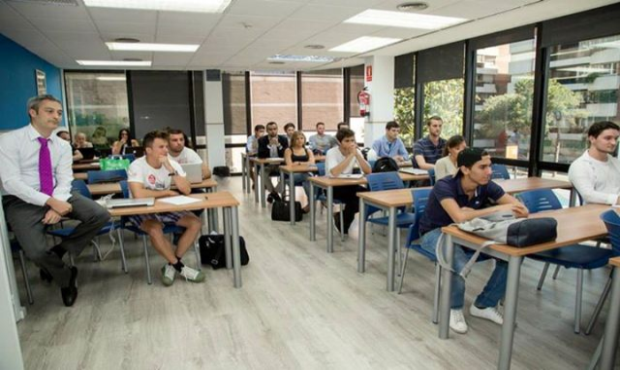 Session with guest speaker at the EU’s Barcelona campus

The Geneva campus is located in the heart of the city with views of the surrounding mountains. The city is an international business hub on the south-east side of Lake Geneva in French-speaking Switzerland. Geneva students are able to easily take advantage of city’s diversity and established business community. Many students decide to call Geneva home after graduation, finding work with local international businesses and organizations. The International Labor Organization, the World Health Organization, the World Economic Forum, the European headquarters of both the United Nations and the Red Cross as well as companies such as Procter & Gamble, Rolex, IBM, Ernst & Young and JP Morgan all call Geneva home. 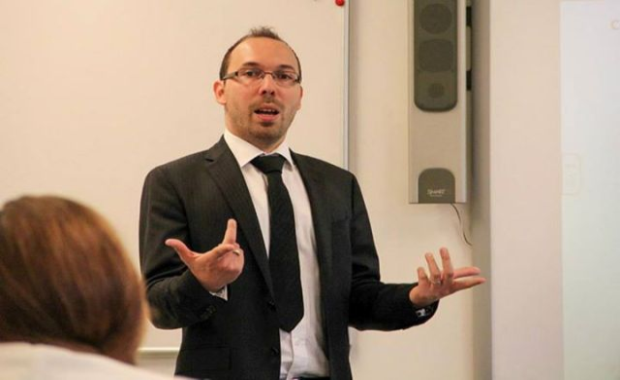 The Montreux campus offers students breathtaking scenery in an eclectic city. For those who prefer the outdoors, the mountains are never far away and for students interested in the city’s social offerings a variety of venues offer regular concerts, events and student gatherings. During summer, the small city of just over 25,000 turns into an international music hot spot. Nearly 200,000 visitors gather each year to participate in the Montreux Jazz Festival. The city has also been the home of famous personalities like Freddie Mercury, Vladimir Nabokov and Empress Sissi. With its international recognition for entertainment and media, students fall in love with Montreux’ fusion of old-world charm and cosmopolitan influence. 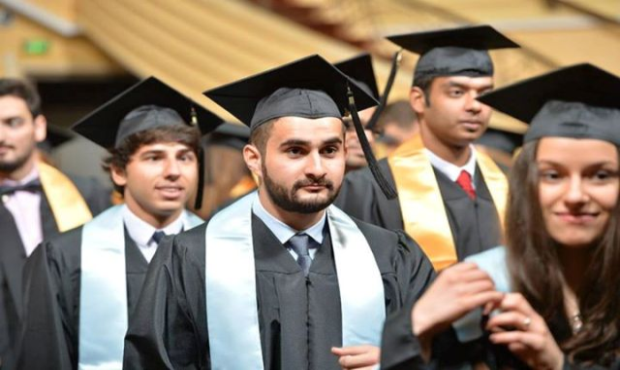 EU’s Munich campus is located in the up-and-coming Theresienhöhe neighborhood, right across the street from the annual Oktoberfest fair. The city itself is an economic powerhouse, hosting all the benefits of city life while still maintaining its status as one of Europe’s greenest cities. EU students enjoy state-of-the-art learning facilities as they study in a city defined by its overwhelming contrast of laptops and lederhosen. Munich is also home to a number of internationally renowned companies such as Siemens, BMW, MAN AG, Linde, Allianz, Munich Re Insurance, and Rohde & Schwarz among others, providing great career options for students after graduation.

One thought on “Explore the Campuses of European University”