Scientists have begun to reach to younger generations for new ideas. It’s not because they’re out of anything good, but it’s because they know that these young minds will be the ones to take over when they’re gone. Not only that, but this generation is growing up in an age of technology and understand how to solve problems in ways that could never have been imagined 60 years ago. With NASA and ESA leading the campaign we’re beginning to see just how these young minds are contributing to space exploration.

In September, the National Aeronautics and Space Administration (“NASA”) launched a campaign seeking creative new ideas for space exploration technology from young people. The government agency wants input into the development of a new system for landing heavy payloads safely on the surface of Mars.

Around the world, technology continues to develop at an amazing rate. For example, in 2015, millions of people in the United States potentially benefit from cutting edge VSAT communications. Satellites relay Internet information across wireless systems to enable Internet Service Providers to establish encrypted Virtual Private Networks for people all around the globe. These useful Satellite internet systems bring Voice Over Internet Protocol, video, text messaging and other widely used Internet services to people in remote locations.

From the deck of a ship to an isolated mountain climbing camp, people today possess the ability to remain connected to the Net virtually anywhere on Earth. Do the GCD’s innovative contests appear unrealistic in light of the expansion of modern telecommunications capacities? Probably not.

The NASA press release issued this September solicits imaginative yet reality-based ideas for generating lift using expandable spacecraft heat shields or very fast inflatable airborne systems for decelerating and landing heavily laden payloads on the Martian surface. The new so-called “HIAD” technology uses an acronym to describe the concept of a “hypersonic inflatable aerodynamic decelerator.” NASA hopes that some bright young college students or graduate students will volunteer ideas to the agency enabling NASA to develop new technology in this field to assist with the exploration of Mars.

By encouraging creativity in science, NASA helps inspire the next generation of engineers. Promising technological advances may ensue.

An Emphasis On Innovation 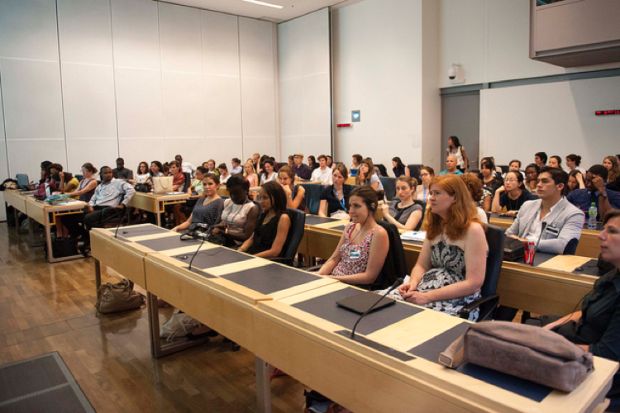 The European Space Exploration Programme Aurora has also been making great tracks on the path to space. The objective of the Aurora Programme was to implement a plan for human and robotic exploration of the solar system. The European Space Agency also sponsors two students from ESA Member and Cooperating States to attend a space camp at Andøya Rocket Range in Norway. Guests have the chance to participate in building full-fledged sounding rockets and hearing from some of Europe’s top researchers and scientists.

Among NASA and ESA other programs like STARBASE (Science and Technology Academies Reinforcing Basic Aviation and Space Exploration), Radford University’s Summer Bridge, the Challenger Learning Center and other universities have programs set up to unite and expand the minds of the younger generation.

With centers around the world, Challenger Learning Center is bringing more light to STEM education. They focus on “bringing all students dynamic educational experiences to help inspire future generations of STEM-conscious leaders.”

The hope with these programs and opportunities is to foster a desire in young minds to study space and find what older generations could not access.