The training course “My role as a Global Citizen” as part of the Erasmus+ program took place in Minsk on September 2 – 8. This event was organized by the Italian NGO “Free Minds in Action” and Georgian NGO “Equality and Development Center” in partnership with the Belarusian NGO “Youth Initiative”, assisted by the Minsk Shapers Hub. The training was supported by the Italian national youth agency.

Nata Jalaghonia from Georgia shares her impressions about the event: “Those days were fantasist to me. I think that I became more educated, tolerant, I got new friends. And last but not least, I realized that every nation has different traditions, but we must not feel fear them. On the contrary, we should look into different traditions, get to know differences and appreciate them”. 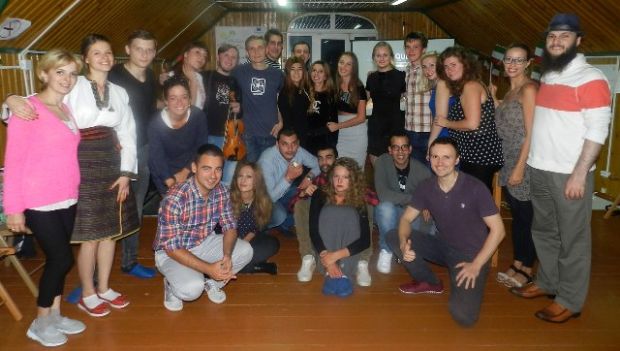 Maria Vittoria Pericu Campus from Sardinia says she was especially tempted to take part in this training as not much known about Belarus in Italy: “I was very interested in seeing another way of life and a different culture. I liked the content of the training and its participants. Minsk seemed to me a nice city with very reserved people. I liked the country’s countryside, and old houses’ colors and material. People living in small towns seemed not very modern. But local young people I met were very smart and educated”. 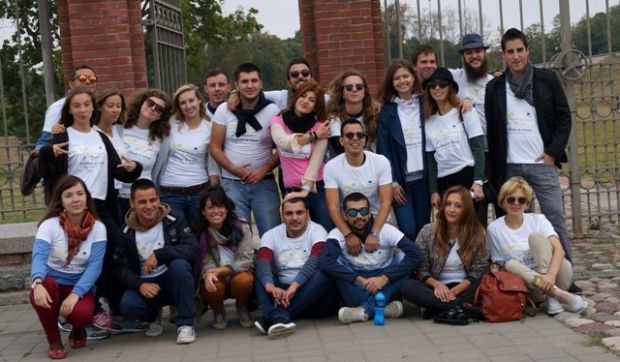 Slovenian Rene Ratej agrees that Belarus is not a place very well known by the EU Erasmus+ participants: “The traveling to the unknown and exploring a new culture is one of the reasons when applying to unusual destinations for an exchange. The nationalities I met at the cultural exchange in Minsk I had met before elsewhere, except Belarusian people.  The participants had good knowledge of English, were thinking European and well aware about what is going on in their country. However, people on the streets do not speak English and if alone it can be hard to find locations. As most of the city of Minsk was built in Soviet time, except for occasional interesting buildings, there is not so much WOW effect as in some other European capitals. On the other hand, this peculiarity gives some charm to the perception of the city”.

Andrei Yeliseyeu, a member of the Minsk Shapers Hub which assisted with the youth training, hopes the event will give a start to a series of other youth training courses in Belarus under the aegis of Erasmus+. Denis Kolga, chairman of the hosting organization “Youth Initiative”, confirms that two other trainings are preliminarily planned in Minsk in early 2016.