During the summer of 2015, we were happy to host 40 short-term EVS volunteers for our summer project in sport reporting volunteering on handball in Macedonia. In this issue, we follow up with one of our dear volunteers, Sofia Arthurs-Schoppe, who has come to Europe a long way from a faraway country, New Zealand. Along with Andrés Oliva Lozano from Spain, with whom she meets in their School of peace in Israel – they both open the Voices for the world online platform. In times of rising challenge for maintaining World Peace, in rising actions of violence, conflicts and humanitarian crisis, yet we see authentic rise of many youth voices. Sofia and Andrés are one of those youth who bring forward the new youthful energy of the new generations. In our interview, we follow up with them in regards their recent launch of the platform.

Mladiinfo:  What makes Voices for the world a special platform?

Andrés: Voices for the World is a really unique platform as it is not the usual: “We have something really interesting that you should know, listen to us!” Instead, we believe that all of us, the members of the Voices for the World community are the ones who have something interesting to say and should be able to share their thoughts, opinions, experiences… with the other members of VftW. The basis of the project could be stated as simply as “acting for peace”. From there, anyone can choose to discuss the topic they are passionate about in the format they like.

For instance, after the terrorist attacks that happened some months ago in Beirut, Paris… we wanted to send a message of peace, humanity and diversity and we decided to do it as a video. The amazing results can be seen in the “Stand For Peace” clip.

Sofia: Just like Andrés said; VftW isn’t simply a platform for us to talk. It’s about creating a place, a network, for people all around the world to contribute to and connect through. Recently we’ve been working with a lot of different organizations and individuals to establish the core structure of VftW. Right now we have members in various countries, including; Ghana, New Zealand and Armenia, who have connected through this platform and now work together. Personally I think this is very special as, even in its early days, VftW has given strangers the opportunity to work together and unite through shared beliefs. Speaking of members it must be noted that VftW is not an exclusive platform with age limits or demographical guidelines, we really want people to be involved, if they believe in what we do and they want to use their voices to make a change then nothing will stop them from joining us in this cause. 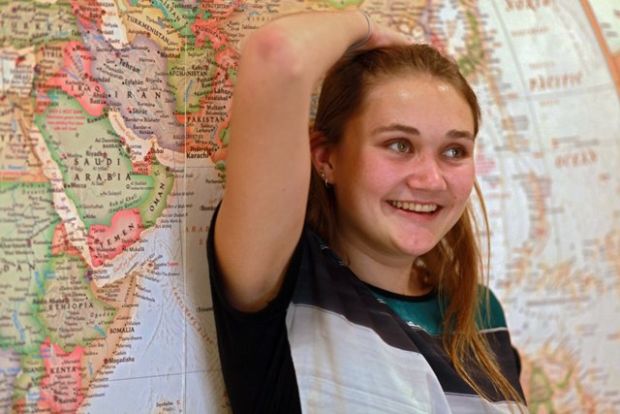 Mladiinfo:  You are now present on social media and you are publishing videos? What would be your future steps?

Andrés: Yes, we are now present on Youtube and Facebook and we have published two videos (“We are Human” and “Stand for Peace”) in addition to the one where we presented the project. Right now, we are planning our next video that will come out soon, but we are also in touch with many people who are really interested in collaborating actively in the project.

Sofia: I talked about this a little earlier, but it’s important to note that we are establishing networks throughout a variety of countries and regions. We have the support of a variety of organizations and many of them are really helping to connect us and exposing us to aspects of our cause that we may never otherwise have seen. Something we’ve talked about is establishing a website so we would love to have someone on our team who would have the skills to do this.

Mladiinfo: Is global peace one of the biggest challenges that arises for humanity in the years to come?

Andrés: Along with climate change I’d definitely say yes. It is not only the fact that to end a conflict on its own is impossible but that these problems are spread all around the globe. Hence, they require a global response but each country has its own thoughts and points of view. That’s why we need to show them that we are all on the same boat, and that it is humanity as a whole who needs to act to end this conflicts, above each country’s interests.

Mladiinfo: From your perspective, what’s the least that the youth can do in regards progress, or achieving world peace?

Andrés: In my opinion, world peace is not a progress with some steps you must do. This huge objective should start however the person feels passionate and comfortable with: “Think big, grow slow”. There is always something to improve in our local community, even if it is a tiny thing. However, making this tiny problem a little bit better will increase the “level of world peace” by one. I personally started volunteering in my former school’s NGO, where the students had our space to discuss about the things that we found important and then we decided how we wanted to do something them.

Sofia: I agree with Andrés, Earth didn’t come with a set of instructions. We weren’t told how to build houses, or make electronics – we figured it out ourselves. It’s the same for world peace, the most important thing is to remember that we will learn. Maybe not today, maybe not tomorrow, but one day; we will reach our goal. Through VftW we want to remind people of this; that we should celebrate our successes and learn from our failures, that each one of us has the ability to change things and make a real difference in the world. More directly to answer your question, I think that working for world peace starts from following your passions and using these to help people. That’s simple, but it really means a lot. 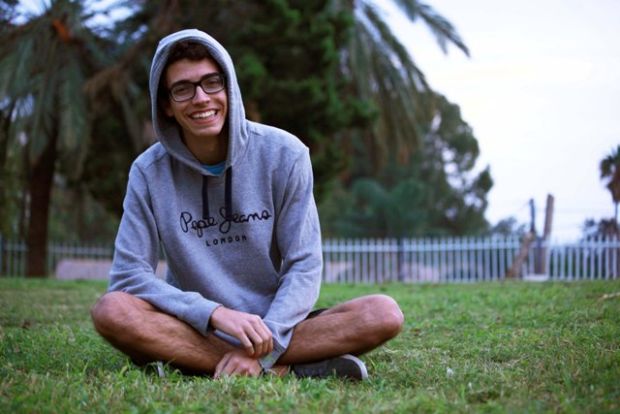 Mladiinfo: Headlines that a Third World War is already started are present in some media. Do you agree with such headlines? How do you think such war is to be structured – how different could it be than WWI or WWII?

Andrés: My generation has been hearing that the Third World War is about to start since we were born, for instance, after the 11-S. That’s why some of us never believed that this was actually going to happen. However, the recent events that have been happening around the world over the last months are different from the ones happening in the last two decades. They are not affecting only some countries or communities but the whole world is threatened by one global problem or another: war, terrorism, climate change, famine… This is why it may be easy that, if the tension among countries increases, the world will come to divide again into different blocks of interests and a new World War happens.

With the technology nowadays this conflict will probably be structured so different from the ones that are now history. It would of course involve the use of the Internet and the media, information on it. But direct conflict in places we think we are now so safe such as Europe would happen and the basis of our society – the economy, will also be shaken as we have already seen with the Russian-Ukrainian conflict.

Sofia: The likelihood of a third world war scares me. It is literally one prospect that causes me to lose sleep and stress over, even though its out of my control. I guess one of the reasons why is the fact that it could literally happen in an instant and we, the general public, would be wholly unprepared. Information has never traveled as fast as it does in the 21st century and that would change the nature of war significantly. It means that there may not necessarily be an obvious build of tensions in one region, rather chaos could simply arise overnight. It means that the paradigm of our reality could be torn apart in an instant. It means that everything would happen so much faster. I believe that political dialogue does not happen as fast as information travels and that worries me because any crisis would take longer to solve than it would take to create and that implies huge devastation for the citizens of any nations involve and even our society as a whole.

I guess right now we can just dedicate ourselves to preventing the continuation of current wars and reduce the possibility that there will be any global war in the future. Alone this is hard to even fathom, but together I really believe that we can achieve this.

Mladiinfo: At the end, what’s your message of peace for the global youth which follows our platform?

Sofia: I think that peace is a really important but also scary concept, sometimes it just seems so unreachable and so impossible that it can even be hard to keep believing in it. So if I could say something to the followers of Mladiinfo I would just tell them to never give up on this belief. Even the most mundane things we do once seemed impossible and peace can be like this too in the future, but only if we really work hard for it now.

You can email  at “voicesftworld@gmail.com” to submit to, or get involved in this project.