We met Raoul Kopacka, 29-year-old documentarist and journalist, in Café Prosa, one of the Austrian headquarters of Refugees Welcome. This is an organization established in direct response to migration upsurge, with offices fully functioning in 13 European countries. The idea behind Refugees Welcome is really simple: bringing locals and refugees in the same flat-share, and it seems to be a workable one. For instance, Raoul himself decided to join the organization as a volunteer after his girlfriend hosted a refugee in her home. Firstly, he was engaged into matching the refugee profiles with most suitable apartment shares. Later on, he took over the entire PR section. 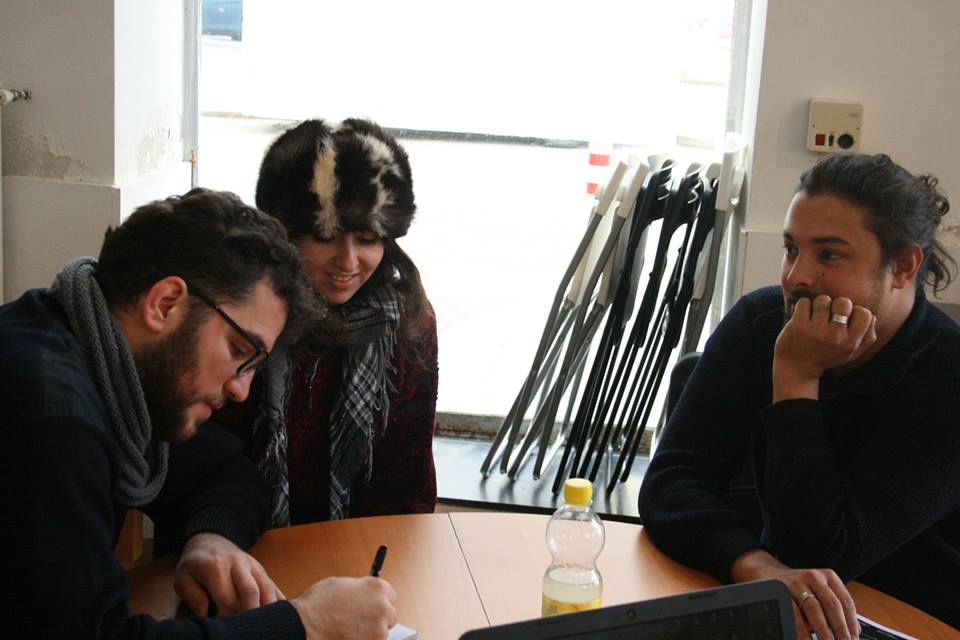 Destination for many, home for a few

Our conversation with Raoul takes place in Vienna, the lavish cultural capital of Europe. People from all over the world floсk together here in search of new opportunities. However, the utopia for international entrepreneurs and corporates remains the land of crushed dreams for thousands of migrants. During the last two years, the refugee crisis has reached its peak in arrivals, and temporary facilities alone are just no longer enough to accommodate each and every asylum seeker. Here is when Refugees Welcome-Fluchtlinge Willkommen steps in to restore refugees’ hope to finally have a roof over their heads.

How the system works

Usually, people who are willing to rent out their private space or share the accommodation with foreign people are students. And these are students who not only want to split their rental fee but also to enrich cultural understanding. Raoul says that platform established by the Refugees Welcome actually functions just like any other rental website. According to him, “on the website, you enter how much the rent is, which kind of flatmate you would want – you know, basic things”. Refugee tenants pay rent from their own pocket for the time being. But in the future, Refugees Welcome enthusiasts aspire to create a special guaranty fund, which the refugees would be able to use for offsetting excessive rental deposits. Also, the fund is meant to provide additional security to the landlords in case their tenant has temporary money hardships and cannot pay the rent on time.

Meanwhile, Refugees Welcome receives no commission or fee for their intermediary service. The NGO thus survives on donations from interested benefactors and occasional crowdfunding campaign financing. 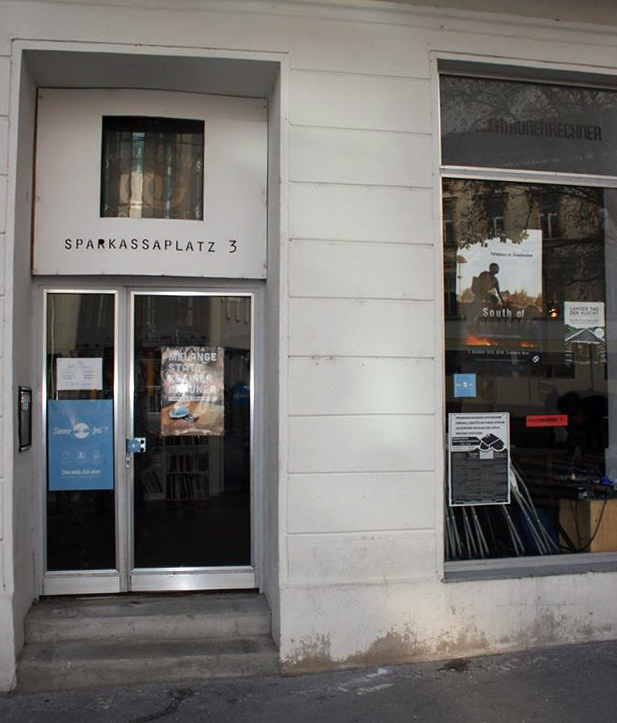 Finding acceptance in a closed community

Volunteers work restlessly, trying to understand the needs of asylum-seekers and secure proper housing for them. Though, finding a suitable lodging for a refugee is just one side of the coin. Persuading the locals to sublet their spare rooms to the refugees is a much more daunting task, given the conservatism of Austrian society. A child of an Austrian father and Sri-Lankan mother, Raoul is all too familiar with this issue. Given his distinctive looks and multicultural background, he was many times treated with curiosity, if not suspicion.

Despite all hardships, the system provided by Refugees Welcome has been working more or less smoothly: over 360 asylum seekers moved into the permanent home. The majority of them originally come from Syria, Afghanistan, Iraq, but also from Somalia as well as Balkan and Eastern Europe countries. “There have been some really nice stories. We see pictures of people going on trips together, truly sharing their lives…” – adds Raoul, reminiscent.

“They know how it feels to be in the migrants’ shoes”

Besides dealing with accommodation issues, Refugees Welcome carries out a number of other, equally significant tasks.

Café Prosa, where we had a chance to talk with Raoul, functions as guidance and cultural center. There is something special about the atmosphere of a place where we happened to be ensconced for the moment. The interior is modest, yet it has a compelling personal touch: pellet recycled furniture, some coaches, piano keyboard, piles of fiction and reference books for all tastes. One would never guess that every single day this tranquil art space turns into the beehive, with numerous visitors lining up at the helping desk. Volunteers are mostly students with clear immigration background, especially from Austrian and German regions. However, recently former refugees also got involved in the project, transmitting their direct experience to newcomers. 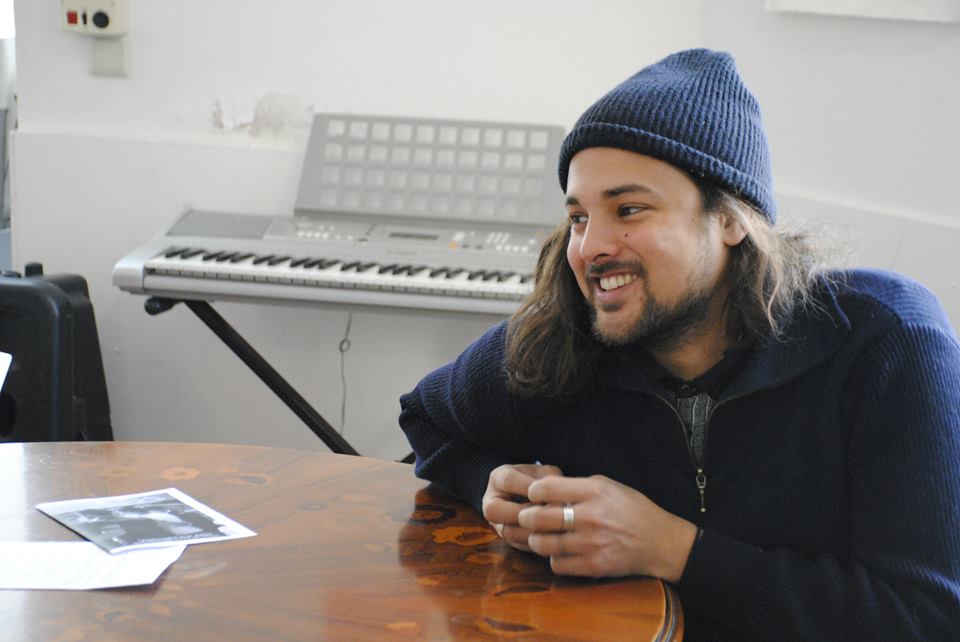 “We also have school for people who are over 15 and who have never had a chance to finish their [secondary] education, so they cannot have a proper place in Austrian schools. In Austria, it is compulsory to have at least 9 years of basic school education. We give official certificates upon graduation. Then, they can go to high school or start apprenticeship” – explains Raoul.

Getting a career start can be facilitated by Refugees Welcome either – through their side project called Work:in. It is basically an office which serves as an intermediary between employers and refugee community. Work:in team’s motto is “we help refugees to help themselves”. They seek employment opportunities among the companies in their partner network. It can be a temporary job, apprenticeship or long-term contract. Then, it is entirely in the hands of the refugee whether to keep the job or not. Work:in makes sure that refugees understand their rights and are treated fairly and free from discrimination.

Raoul is proud to talk about first major accomplishments of the Work:in program:

“There are examples of apprentices working as cooks in the restaurants, staff in hotels, mechanics. I also have met refugees who found a high-level job in their own field rather quickly. Though, you have to be realistic – you cannot expect to get some kinds of jobs, a doctor for example, without specific educational background. So a lot of people agree to complete an apprenticeship as a nurse first and then proceed to study medicine. Our program is rather new, but 2 or 3 people are already following this path…” 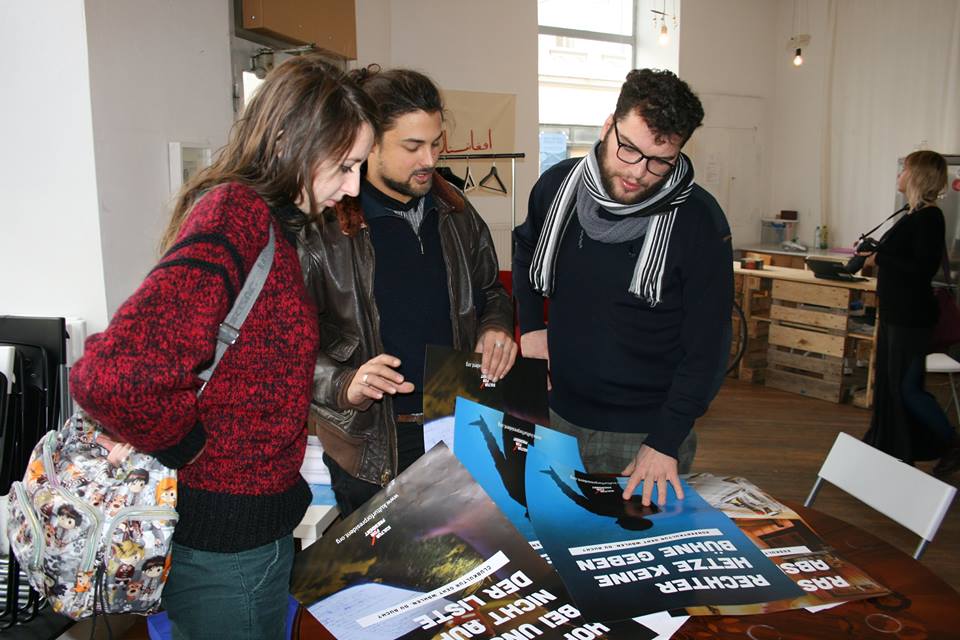 Sad Prose of a Refugee Life

Against the backdrop of positive experiences, it is still quite early to state that organization met all their milestones. As soon as initial euphoria about accepting refugees was shadowed by loud media stories about Cologne events, the rate of new tenant sign-ups in the system dropped down.

Answering the question whether Austrian society still remains open to the idea of actively integrating refugees into the community, Raoul smiles sadly and says: “Refugee solidarity was only momentary. There’s a huge pull of undecided people…”

“One World” Call for a Resource Person