Sometimes in life, this may happen as well, you can say, but it is quite seldom if the protagonist is a Romanian girl moving to the Austrian capital – Vienna.

It may happen in life, although quite seldom, a girl from Romania to move to Vienna – the capital of Austria. This is the story of Andra Slaats, a young businesswoman and a co-founder of “Younited cultures” social enterprise.

The story began after she quitted her job in a luxury cosmetics company. As Andra says, after that change in her life, she started using an underground instead of a car sharing service. In the underground of Vienna, she discovered a free widespread newspaper called “Heute”. She started reading it and in ten days she realized that there were almost 45 articles covering the negative episodes involving migrants, creating a bad image of them. Therefore, in her opinion, thousands of people who use Vienna underground every day are being misinformed. Thus, creating a certain form of prejudice towards refugees living in Austria. 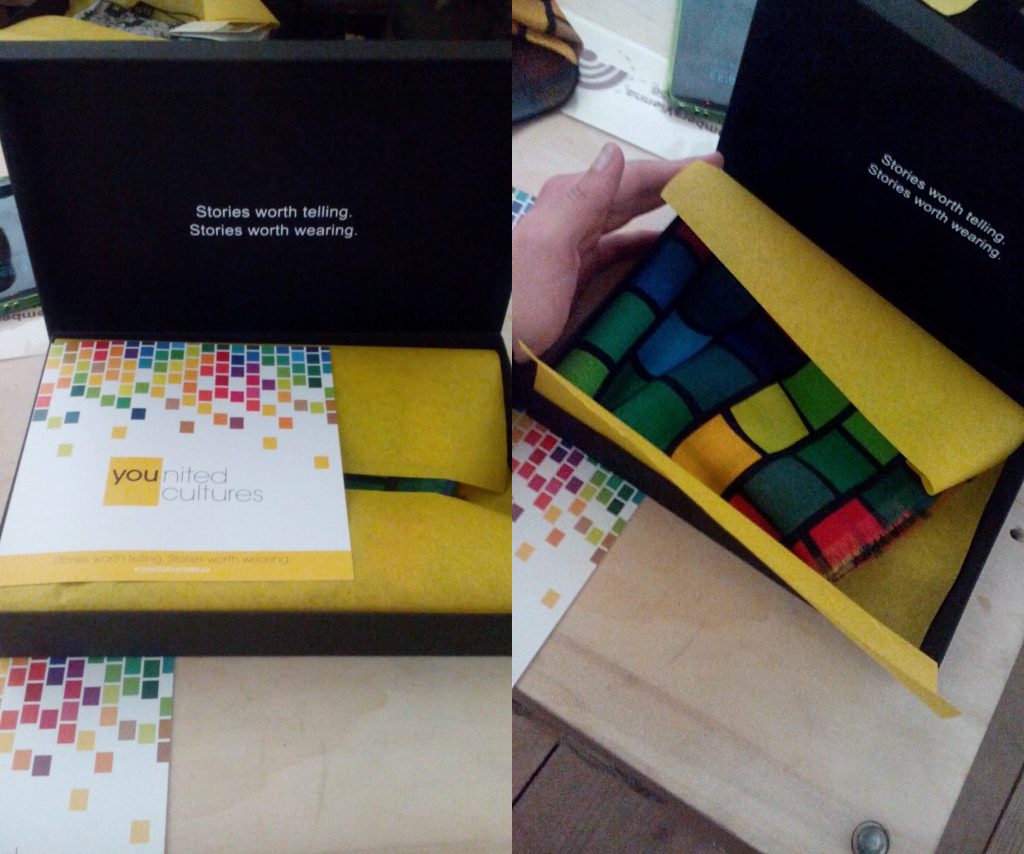 Andra wrote to the editors’ office of the newspaper and the local politicians several times and eventually, after almost six months of waiting for an answer, being treated with rudeness, and thanks only to her personal acquaintances, she got a response and a positive result. Nowadays, you cannot find any unfriendly articles on migrants in that local newspaper. This episode of her life and her personal experience of being excluded by colleagues at work made Andra think of starting to help local migrants to be more included in everyday life, not just to be integrated. For this purpose, she came up with an idea to show the Austrians the other side of migration: people who migrated to Austria and became successful there.

The first step was creating a symbol for cultural diversity. Andra and her colleague Julia Mugescu wanted to encourage people to be more tolerant, respectful to each other, and at the same time, collaborative. So, finally, they decided that this symbol would be a scarf with a shaped and colorful design. The colorful scarf symbolizes the coexistence and celebration of migrants by the locals. The scarf is not only a fashion accessory but also a tool for telling stories of reaching success. One of the scarfs in a line was a story of Vlad, a migrant designer, who created his own scarf based on the shapes of letter “X”. The design was influenced by the speech on the topic of freedom, which he saw on TEDx. The letter “X” itself symbolizes an unknown variable in the equation and has an idea of logical liberation behind it. Vlad’s vision is just an example of storytelling that can change the perception of migrants who live in Austria. 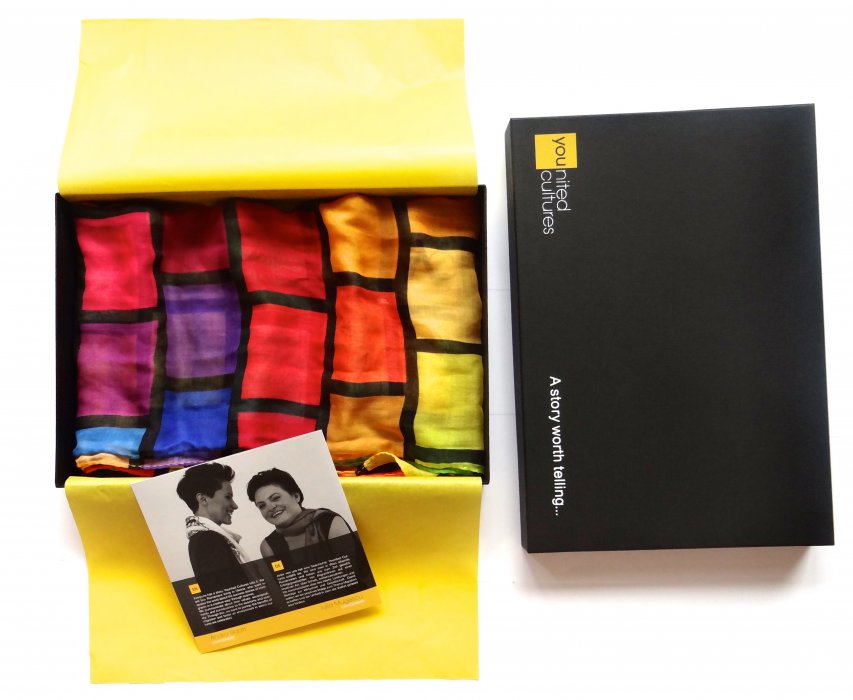 Andra wears her product everywhere she goes. “They recognize me even in a place I’ve never been before, just because of the scarf,” she told our team proudly. Change is in the air! In the age of deep class differences and wide geopolitical global upheavals, a little fire can become a glare, especially in a conservative, and full of prejudices city of Vienna, where our heroine had experienced rejection and exclusion because of her Romanian origin. The idea to integrate a story into a garment was to transfer the message into something material. Andra’s team is not an NGO or a charity organization and you can see it in the item’s price. The price may not represent the economic realities of migrants, who live in Vienna, however, Andra sees her scarf as a perfect material object to change the narrative present in high-class hegemonic discourse, proving that migrants too may become the prosperous members of the Austrian society.