Practicing sports is the best way to integrate people”, says 26-year-old Nedžad Smajlagić, student, and handball coach from Bosnia I Herzegovina, presently based in Vienna, Austria.

The Austrian capital has been in the past, and continues to be, home for several migrant minorities who come from a wide range of countries, namely Germany, Turkey, and Serbia. This migrant policy started many years ago: whenever surrounding countries were suffering from political tribulations, Austria would open the borders to welcome either refugees or migrants.

After entering the EU in 1994, the Austrian approach to this subject was even less restrained, turning the country into European trailblazer regarding minorities’ integration and assimilation. Its capital, Vienna, is considered by many to be a center for international cooperation, as well as a cultural reference and city that promotes inter-religious dialogue. The municipality is currently growing at a fast rate with 20.000 newcomers each year, setting aside their differences.

The historical capital in the past three years won the award for a city with the highest quality of living, but not everything is what it seems. Austrians are showing signs of dismay concerning government policy, namely EU’s course of action regarding the refugee crisis, which might have caused a significant rise in the unemployment rate.

Still, more than 50% of the Viennese population has a migrant background, from which 27% have a non-Austrian passport and 34% were born abroad having national citizenship. While this data might appear to contradict the previous statement on the dissatisfaction of Austrians, this conflict is only apparent. 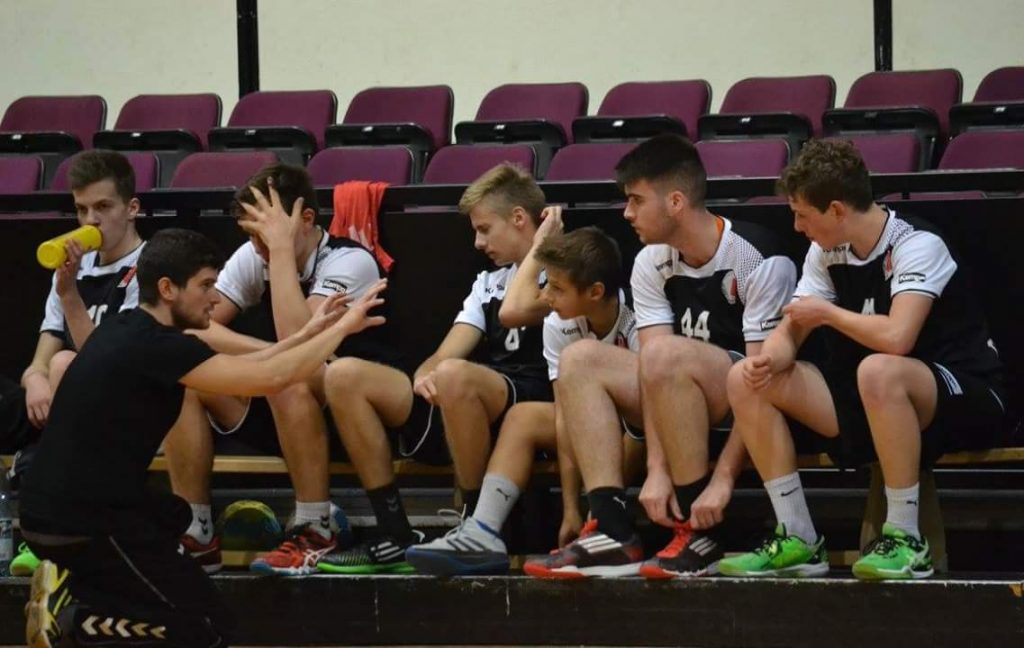 A two-way street to integration

In order to become accepted in society, the individual or group needs to acknowledge three key players: the host government, institutions, and communities. These “tools” will help migrants’ integration, but the leader is always the individual, who decides if he wants to be integrated or just assimilated. The person must decide if she wants to participate actively in the community. And this takes us to Nedžad’s life story.

As most of the immigrants in Austria, Nedžad first came to this country in 2013 to attain further educational qualifications; this decision puts him alongside 40% of other young migrants with the same objective. Despite the fact that he didn’t know how to speak German, he enrolled in a Masters in Economy, in a faculty located in Vienna. This might have been a very daring decision but he had a support system, since he was a child, and this tool was proven to be of utter importance. Nedžad played handball.

This sports genre always played a major role in Balkan countries, more particularly in Croatia, Macedonia, and Bosnia, where its presence is heavily supported and maintained, both by fans and players. Nedžad was born in a small town called Maglaj, located in the northern part of Bosnia I Herzegovina. He was a child the only sport that fascinated him was handball, and although short and slim, he has an endowment for it. He played handball continuously for many years, reaching the second national league of Bosnia; however, moving to another country didn’t allow him to maintain this practice – or at least he didn’t think so.

The adventure actually started once he got to Vienna and started playing basketball in some courts around the city, but this turned out to be too expensive for him. He started searching for a handball club that would let him practice for free – not only the sport but also the German language. Luckily enough, he found WAT Atzgersdorf. Although being perceived from the outside as a small club in the outskirts of Vienna, it actually has more than 430 registered players, of which 30% belonging to certain minority groups, this made him feel even more fortunate. He then started practicing his German and handball, while integrating the Austrian way of life, acquiring a new culture and making new friends along the way. Steadily the student becomes the master, and he is invited to coach boys between the age of 15 and 18 years old.

He is now shaping young boys’ minds, and showing them that integration cannot be seen in a whole, but that each individual has is own way – everyone needs to play their part. As Nedžad says, “It’s a two-way street for us”.

This takes us back to the beginning, where it is said that the “tools” are extremely important in one’s integration, and non-government partners have a direct influence on this subject. Nedžad is a clear example of an individual who made an effort to be integrated. Amongst the vast number of possibilities, he chose sport.

In every country around the world, the system of beliefs and values is what binds society together as a community, and Austria is no exception. In order to achieve this, Austria not only depends on itself but also on the migrants that are welcomed by the thousands each year.

The passion for handball is what holds Nedžad’s community together.

Second Roma Integration Award for the Western Balkans and Turkey