Joseph Haske, a student from the USA, was interviewed about his experience of studying at the master’s programme “Actuarial and Financial Engineering” at the University of Tartu in Estonia.

What was the most exciting thing about moving to Estonia?

Before I came to Tartu, I had never been outside North America. I had thought about traveling the world and maybe living in a different country, but at that time, I had always had a reason I couldn’t or, if not a reason, an excuse. Eventually, I applied in  2020. When I got the acceptance letter, I could feel the rush of adrenaline you get when something exciting happens. And finally, I was going to do it. After years of waiting, I was finally going to live and study abroad in Europe. As far as Estonia, I didn’t really know what to expect coming here, I had seen photos, but every country tries to show its best side. So I wondered if it would be like the Eastern Europe of the movies, or if it would be more modern like the photos depicted.  As it turns out, it’s an interesting combination of both.

Could you please describe living in Tartu?

For me, Tartu has everything I need. Day-to-day life is very much the same as everywhere else I’ve lived, but with less driving. It’s pretty simple to get around without a car, and depending on your study program; you can walk everywhere you need to go on a daily basis. If I need to go further, but still within the city, I use the city bikes. They are located everywhere within the Tartu; you just unlock one with the app, and when you get to where you want to go, you drop it off at the nearest station. It’s a lot easier than having to keep track of a personal bike.

Are there many international students?

Most of my experience with international students has been as an International Student Ambassador. In my year and a half as an ambassador, I’ve worked with over 30 other international students to promote the University of Tartu around the world. I’ve also met several other Americans; four of them are/were fellow ambassadors. It has really been surprising. I thought I would be the only one, or one of a handful at most, but it seems like I meet another one every few months.

What do you like about the University of Tartu?

You can take pretty much any course at the university as long as you can also finish your core courses within the two-year study period. Through my program’s elective and optional credits modules, there is even a chance to take classes outside your specific program and have them count toward your degree. For example, this semester, I took a class in microeconomics, a course that I wouldn’t have otherwise considered. It turned out to be interesting, and I got a lot more out of it than I could have ever imagined.

What was the application process like for your programme?

Before applying, I did some research into the programs at the University of Tartu. I wrote my motivation letter and submitted it along with my undergraduate transcripts on DreamApply. The rest of the application is there as well. It was a very straightforward process. I applied in late January or early February and got my conditional acceptance in May. I mailed in my sealed official transcript and signed application and waited for my official acceptance letter, which came toward the end of July. 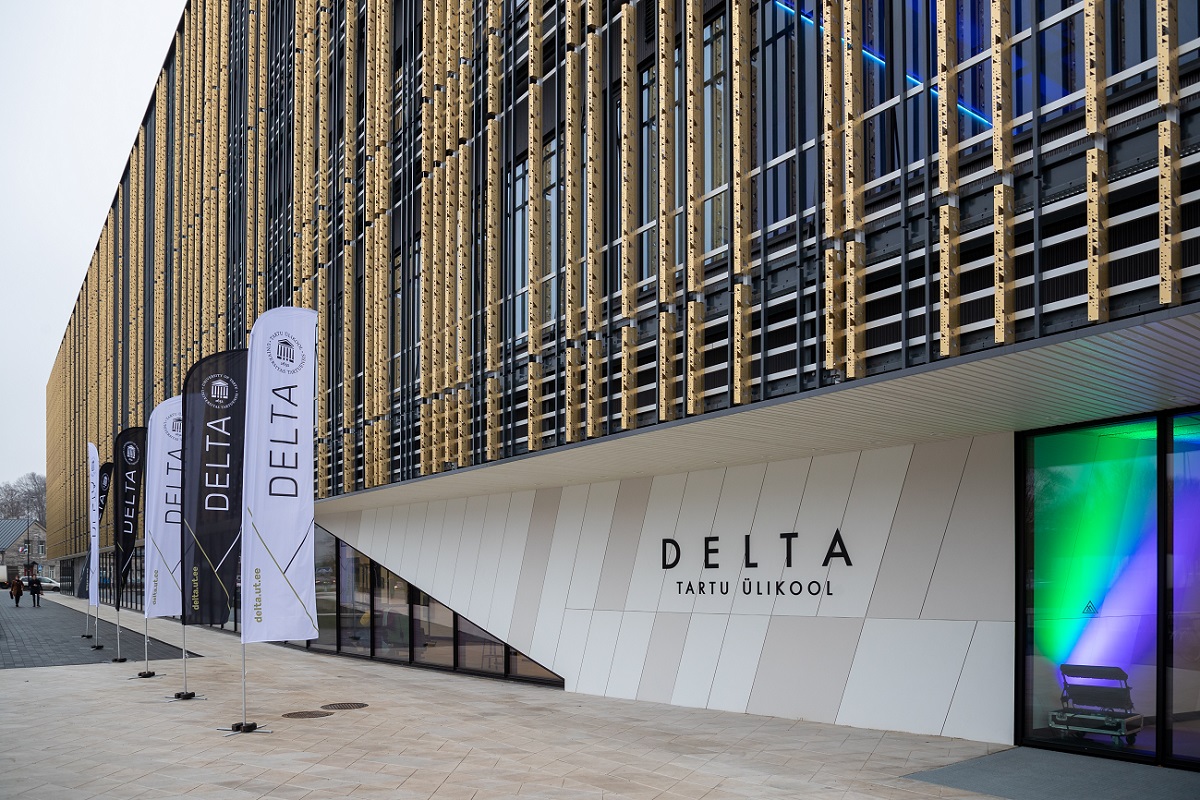 Could you describe the programme structure?

In the first year, I completed the “core” of the program—made up of the baseline mathematics and statistics courses. It also contains classes in risk theory, non-life insurance mathematics, and time series analysis. This core builds up your knowledge in the actuarial and financial engineering fields and prepares you for writing your thesis. My thesis draws on some of the concepts from Models of Financial Mathematics, Simulation Methods of Financial Mathematics, and Computational Finance. In addition to these core courses, you will take some courses outside but still related to financial engineering. This semester I took statistical machine learning, a brand new class offered at the university.

What do you think has been the most valuable for you in the programme so far?

The more mathematics-related courses have been the most valuable. There were some topics for which there was some level of assumed prior knowledge that I didn’t have. It was incredibly rewarding to get through the frustration of not understanding anything, gaining a foothold in the underlying mathematics, and finally learning the course material.

What else do you think is important to know about your programme?

In particular, the financial side is at the intersection of mathematics, statistics, and computer science. So, being familiar with all three areas is a good idea. While there’s a refresher course in probability and statistics, many mathematical and programming prerequisites aren’t discussed. Calculus is needed; luckily, some instructors were kind enough to explain the differentiation rules they were using for the first couple of weeks. Some other topics include mathematical notation and basic programming. The two programming languages used in this program are R and Python.

Is an internship compulsory in your study program, and what has your internship experience been like?

An internship is required to complete my study program, and while I found out about mine elsewhere, it’s always a good idea to keep an eye on the university’s Futulab webpage, where they have a regularly updated list of opportunities. I started my internship in November at a company that provides data analysis and consultation services. The office atmosphere here is similar to what I was expecting. Although, one surprising thing for me was that nobody wears shoes in the office. This took me about a week to get used to, and now it seems completely normal. My work hours are really flexible, as long as I get my work done on time, and I have the option to work from home or at the office. Typically, I go there to work since it’s not far from where I live, and I find I can concentrate better. Since I’m the only non-Estonian, English isn’t the dominant language in the office, however, everyone speaks English when they’re talking to me. Overall, everyone has been really welcoming toward me, and It has been a positive experience.

Have you studied a foreign language at UT?

The University of Tartu offers around 20 different languages, and I’ve taken one Estonian course, B1.2 to B2.1, and two Russian courses, 0 to A1 and A1 to A2.1. I chose Estonian because I live in Estonia, and I really believe if you live somewhere, you should study the language as long as you do. And, I chose Russian, at first, because I was curious, and then I continued because I like the language. In general, I think the courses were a worthwhile adventure. There’s homework every class, but it’s never so much that you can’t get it done. You will have to study more than that, or you will quickly fall behind since new vocabulary and grammar concepts are introduced each week. The pacing of the courses is pretty fast but not unmanageable as long as you stay on top of studying.

What’s your number one tip for success at the University of Tartu?

I think going to class and being attentive is the most important thing you can do to be successful here. The professors here really seem to notice who goes to class regularly. I also think that courses lose something when you attend online. It also helps build rapport with the professors, and they will be able to better help you if you need help with something. It will also help you figure out which professors you would work the best with while writing your thesis. You’ll get a better sense of their personalities and how they interact with students on an individual level.  This simple action can make an unsuccessful student successful or a successful student more successful.

Learn more about the Actuarial and Financial Engineering programme at the University of Tartu, Estonia, here.

From Costa Rica to Estonia. Why did I choose to study Quantitative Economics at the University of Tartu?

Folkloristics and Applied Heritage Studies – Where are no Limits

Sound and Visual Technology at the University of Tartu: Study Opportunities and Career Perspectives