Following the good outcomes from the first conference that took place back in December 2013 in Alexandria, from May 13-15, 2016 Tunisia hosted the second Civic Education Conference. Organized by the Goethe Institut, while being built on 60 recommendations, it inspired the participants and speakers of this year’s conference through participatory approach to focus on assessing the development of the sector. 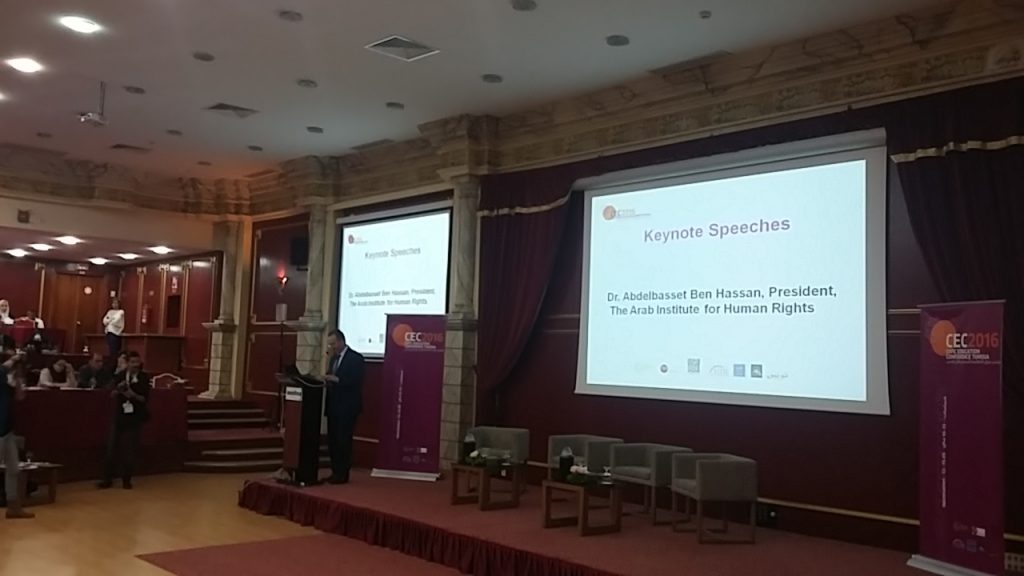 Having two languages as official, English, and Arabic, the conference was base around 4 core thematic areas:

The discussion on each of these areas was explored through plenaries and working sessions on outreach, terminology, policies, and stakeholders’ engagement. This format of discussion allowed plenaries to offer a number of impulses to present questions of common concerns. Parallel sessions were also offered to allow interaction among participants and speakers from a variety of backgrounds. 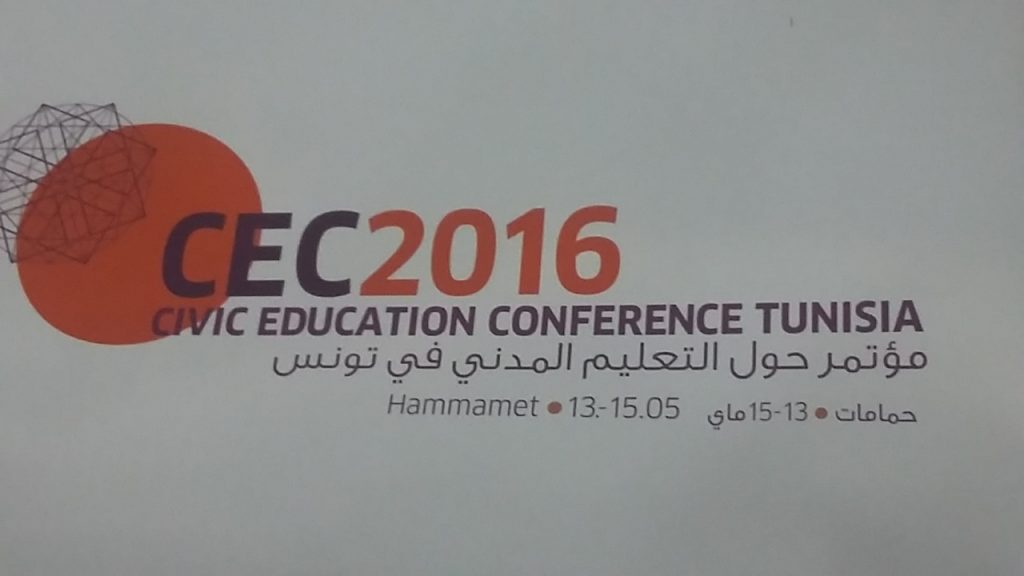 Researchers, journalists, government professionals, civil society practitioners and political party officials were all present at this conference, making sure their voice is heard. Dr. Abdelbasset Ben Hassen, President of the Arab Institute for Human Rights, and Prof. Dr. Jan-Werner Mueller, Professor of Politics at Princeton University, were just two of the more-familiar names present at this conference, taking active role in towards the creation of better future.

It was discuss towards reformulation of the Civic, when it comes to citizenship education, as well as how to find new ways through which the national educational systems can be affected. The point being made was that there should be higher interest in the development of those systems, and an effort to include citizenship education in their programs can go a long way.

The two days conference got wrapped up with the creation of suggestions and methods towards civic education, which further on will be delivered to all relevant international institutions, as well as national governments.