Bratislava is a city in the central Europe with raising economy and standards of life. Despite the growth, there are many homeless people that are looking for safety and integration to society. For a long time there was a need for creation of NGO that would be able to solve the situation   of the homeless. Sergej Kára, Peter Adam and Alexandra Kárová in 2011 established an NGO named Vagus whose main aim is to create new and innovative services for people who lost their homes. The first step was opening daytime center for homeless people in Bratislava, where hadn’t been such center before. The group of participants of youth exchange Raise Your Voice 0.2. visited the shelter center Domec where they help 80 people per day. 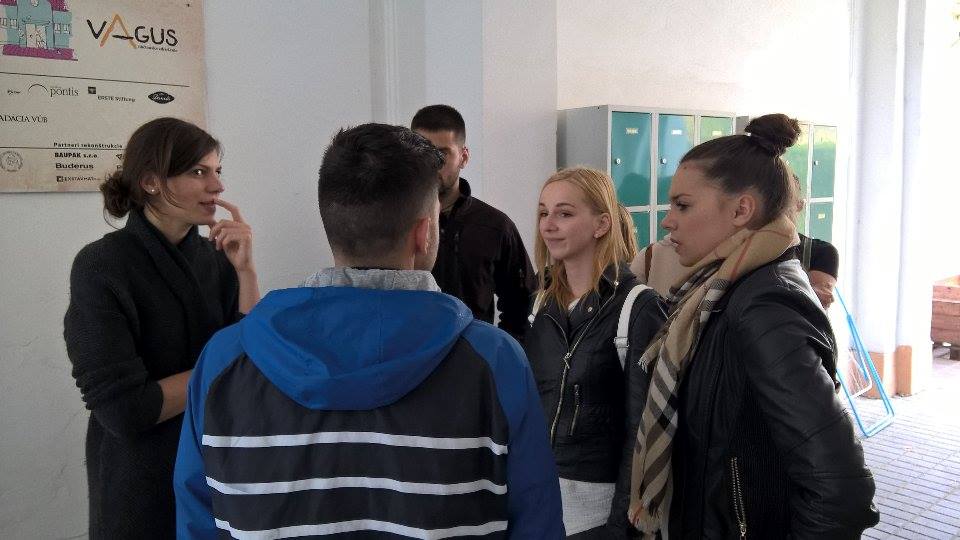 „The center is open from 9 until 5 pm Monday till Friday and the center provides the basic needs which are hygiene, food, rooms for rest, clothes, shower rooms, medical services and also computer room as well social assistance“, said Petra Kollarova, the main coordinator in the project Domec.

The center was opened in 2014, and in the beginning they had many difficulties because the neighbors complained and were signing the petition to stop this whole project. There we can find people with many different backgrounds such as drug addicts, alcoholics, young people from orphan houses etc. There is no particular age limit so in the center there are people of different ages. The process of finding the homeless people is done in the streets by street workers. They are called to come at the daily center and are being informed about the services that the daily center provides. 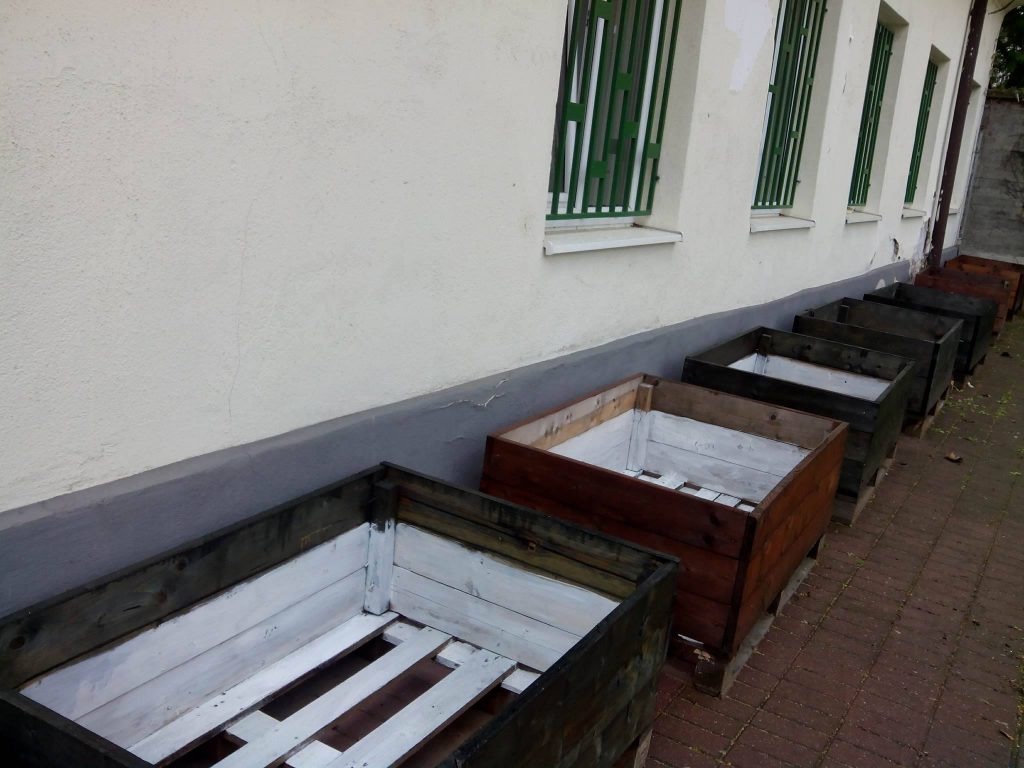 The center is open to help everyone but there is a set of rules which needs to be followed. The basic rules are: the consummation of alcohol is forbidden, also smoking outside of the limited area, guns or cold weapons are not allowed. Furthermore, they should keep the center clean and one of the most important rule is not to insult other clients. If they don’t apply to these rules they will be removed from the daily center for one day or maximum one month.

There were many cases where incidents happened because of influence of alcohol or drugs. That is why the center put these rules in order to have peace and cohesion in the center. In the center the clients have special tasks. For example, if they help to clean or include in daily activities such as fixing something they earn credits and these credits can be exchanged or used to have breakfast, drink tea, have medical check and other everyday needs. There is also clothes for them which they can buy for a symbolic price of 10 cents for t-shirt or pants and 50 cents for boots and jackets.

We also had a chance to meet one homeless person that explained his story to us. His name is Marek and he has been living on the margins of society almost all his life. Since he lost his family when he was only 16 years old he started his struggle of survival. He said that he is in Domec since the very beginning in 2014. For 6 years he was living on the streets of London where he had a lot of difficulties to survive. His ID papers were stolen so he doesn’t have any identification papers and now he needs help from the daily center and the other institutions. He is very satisfied how Domec work and how they help him and the others. 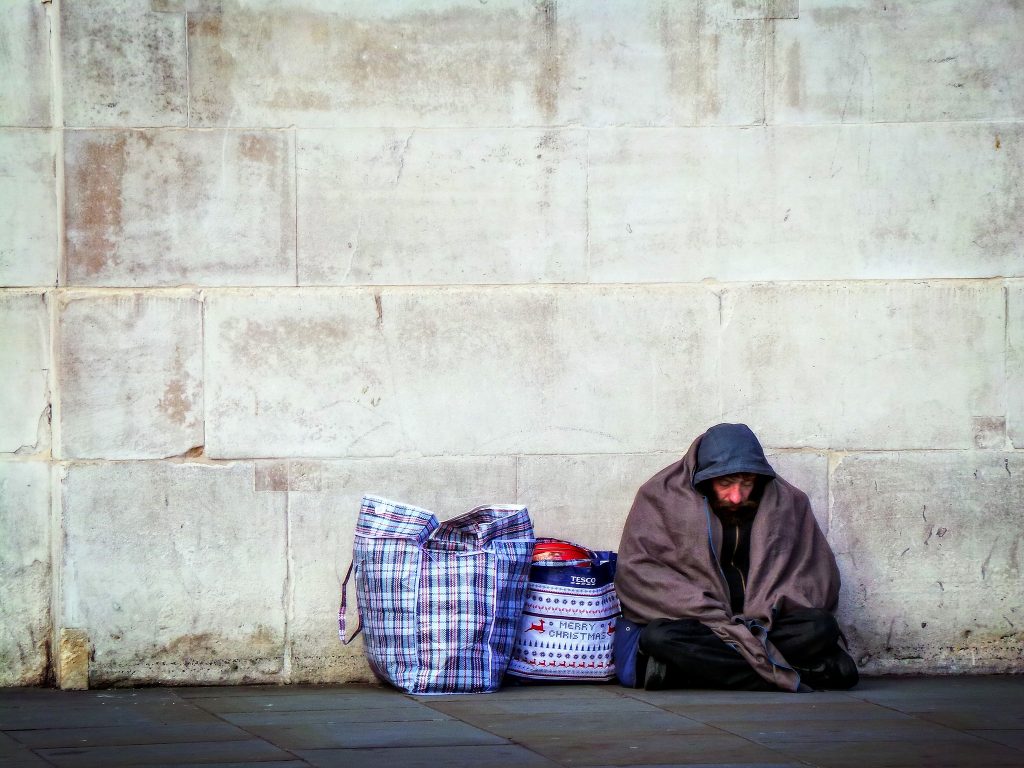 The Domec project is manly financed by international organizations like Pontis, Enel, Slovenské Elektrárne, High School for Medicine and Social work and the City of Bratislava. Besides all these donors there has always been a lack of money and the needs of the homeless are much bigger than the financial support. The center is now collecting money to make a small farm in the backyard where they want to grow fruits and vegetables for the people because working in farm can help to make people more unite and it can lead for bringing better hope in their lives.

The capacity of the daily center is not big enough to satisfy all the needs of the 3000 homeless people which are living in Bratislava because Domec has limited space and it is opened only during day. In the center there are 6 people who are working full-time. One is social worker, one psychiatrist, a cleaning lady, 2 coordinators and a doctor. They also have 4 part-time volunteers which help them for cooking, cleaning and organizing the center.

The first step is done, the center is improving and life conditions are getting better. They do not face such big difficulties like in the begging. There more and more people who are willing to help the center and provide necessary things. All in all, this project and the center have proven to be effective in solving the situation of the homeless.

This article was made by Youth Exchange “Raise Your V.O.I.C.E 0.2” which focused on amplifying the voice of minorities in Bratislava, Slovakia. The Youth Exchange was hosted by the team of Mladiinfo Slovensko from 13-20 April, 2016  in Bratislava, Slovakia, a follow-up project of the first edition of “Raise Your V.O.I.C.E” being hosted in Skopje, Macedonia (May, 2014).