Tunisia is the first country in the entire Arab world to have a huge youth uprising in the North Africa countries’ history that ended up with a revolution in 2011 affecting not only Tunisia, but the other Arab countries as well.

The Arab spring started in 2011, in the same year when entrepreneurship has shown its positive effects on the community development. It was a tool that it was so needed by the young people to change their life and contribute effectively in their community.

“We are linking women with their peers who have been in similar struggles, providing mentorship from their experiences” says Hamida. “We are offering skills-building trainings designed specifically to empower the young Tunisian women leaders’ needs and potentials”.

Hamida studied Business English at the University Of Mannouba, and she obtained her master’s degree focused on Business Communication from the same university in 2016. Hamida’s passion, along with her strong motivation to support the Tunisian civil society, has unleashed her best abilities to join various international and national NGOs in Tunisia. Since young age, she’s been a member of the organizing committee of The Arab Institute of Business Managers and the European Youth Forum. She has also been a community volunteer at TedxCarthage and debater at Young Arab Voices.

“Joining many organizations as a volunteer at early age has helped me to increase my network and built my personal brand”, says Hamida. “I couldn’t reach to where I am right now without being proactive and committed”.

Hamida worked at the Sawty association, which in English means my voice as Media Manager. Sawty is an association that is supporting the Tunisian youth during the democratic transition. It is raising awareness of the importance of civic and political participation through promoting the culture of dialogue, encouraging networking and collaboration opportunities that materialize between different actors of the civil society on one hand, and between civil society and government on the other.

‘I believe Tunisian youth has the potential towards becoming future leaders of their country’ says Hamida. 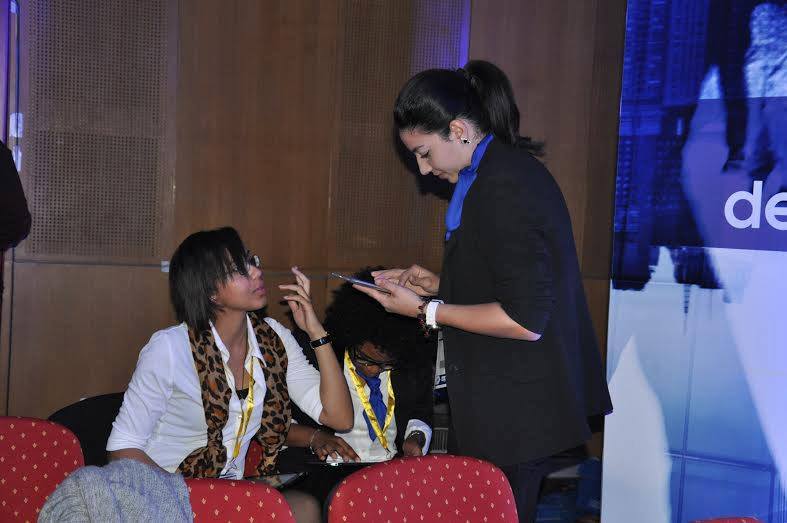 Hamida has also attended the fourth regional summer course on ‘The Implementation of Human Rights Conventions in the National Systems‘ at the Human Rights Center at Beirut Arab University in Lebanon. There she attended several trainings and workshops about human rights topics with participants from all over the Arab countries.

Hamida believe that her efforts and contribution matter, and she will continue working and volunteering in the civil society, as well as supporting others to understand how important their contribution is, whether in political or civic life.